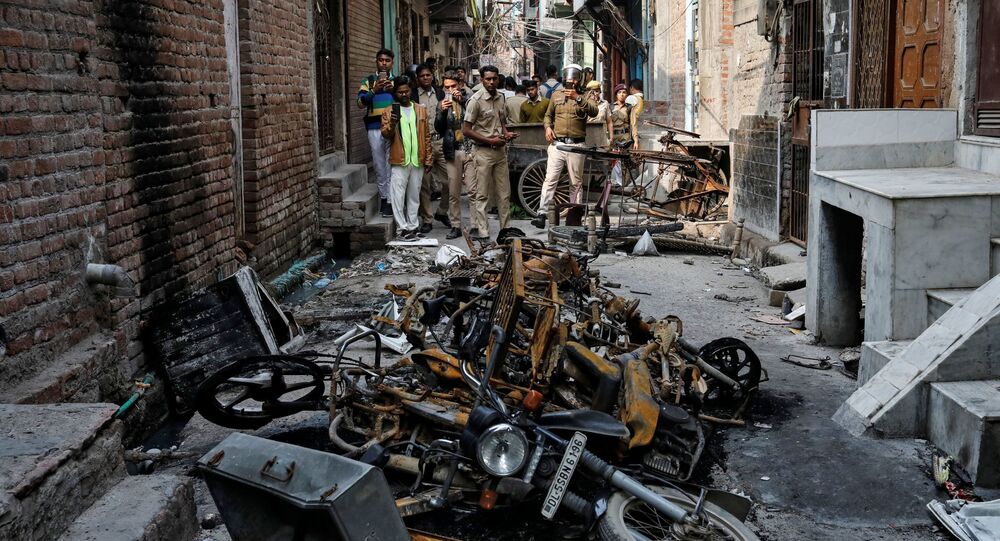 India has plunged into the ongoing protests since last December, after the national parliament passed a bill amending the 1955 citizenship law.

India's Ministry of External Affairs issued a demarche to the Iranian ambassador, saying that the foreign minister’s comments were “totally uncalled for and unacceptable”, according to reports.

"The Iranian Ambassador to India Mr Ali Chegeni was summoned and a strong protest was lodged against the unwarranted remarks made by the Iranian Foreign Minister. It was conveyed that his selective and tendentious characterization of recent events in Delhi are not acceptable. We do not expect such comments from a country like Iran," spokesperson of the Ministry of External Affairs Raveesh Kumar said.

Earlier, India had voiced its disapproval of the comments made by Iranian Foreign Affairs Minister Mohammad Javad Zarif regarding the Delhi protests.

“For centuries, Iran has been a friend of India. We urge Indian authorities to ensure the wellbeing of ALL Indians & not let senseless thuggery prevail. Path forward lies in peaceful dialogue and rule of law,” Zarif said on Twitter.

The unrest erupted in late February. Following the deadly incidents, the New Delhi authorities imposed a curfew in the riot-affected areas and urged the national government to send in troops to restore peace. Earlier reports indicated that 42 people had been killed and at least 300 others were injured.

However, given that Muslims themselves were not covered by the law, it triggered a strong backlash among the Indian Muslim community members who said that the amendments violated the constitution by oppressing a group of citizens in a formally secular country on religious grounds.