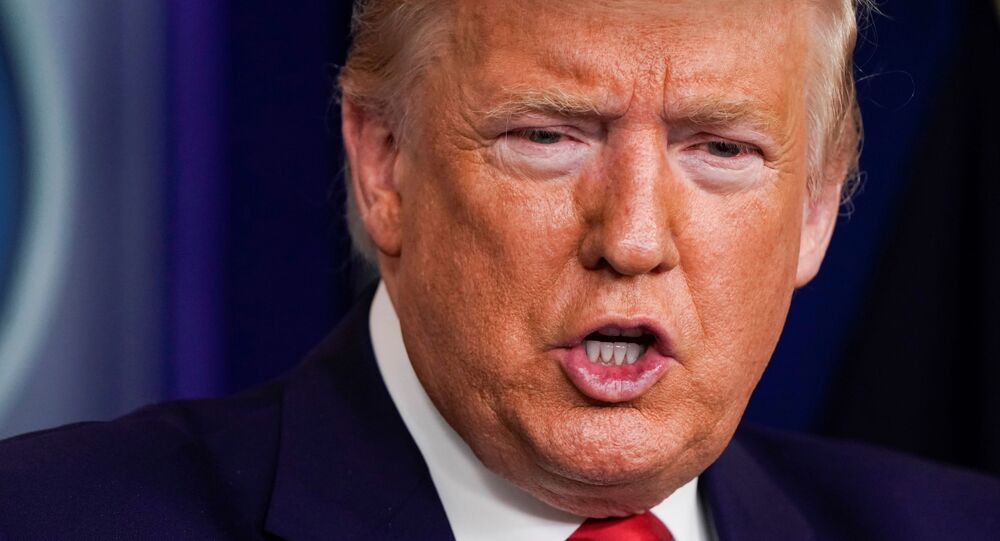 Trump: US Will Come Back to Afghanistan in Force ‘If Bad Things Happen’

The development comes as the United States and the Taliban have reached the long-awaited peace agreement in the Qatari capital of Doha on Saturday.

After signing earlier today an accord that envisages a timetable for the US to withdraw some 13,000 troops from Afghanistan, US President Donald Trump added that his administration would redeploy its military to the nation "If bad things happen".

Trump hailed the deal during a White House press conference and said that he would personally meet with Taliban leaders "in the not so distant future".

Trump predicted that the forthcoming talks between the Afghan sides would be successful as "everyone is tired of war", although many expect the negotiations be more complicated than the initial deal.

The US president also declared that the Taliban must take care of the terrorists, and "kill" them.

The president called on neighboring countries to help maintain stability in Afghanistan, following an agreement which suggests a full withdrawal of all foreign troops from the nation, including US forces.

According to the deal, up to 5000 Taliban prisoners will be released from prisons by 10 March, the first day of intra-Afghan talks, while  the remaining prisoners will be freed within the next three months. The Taliban commits that its released prisoners will not pose a threat to the security of the US and its allies.