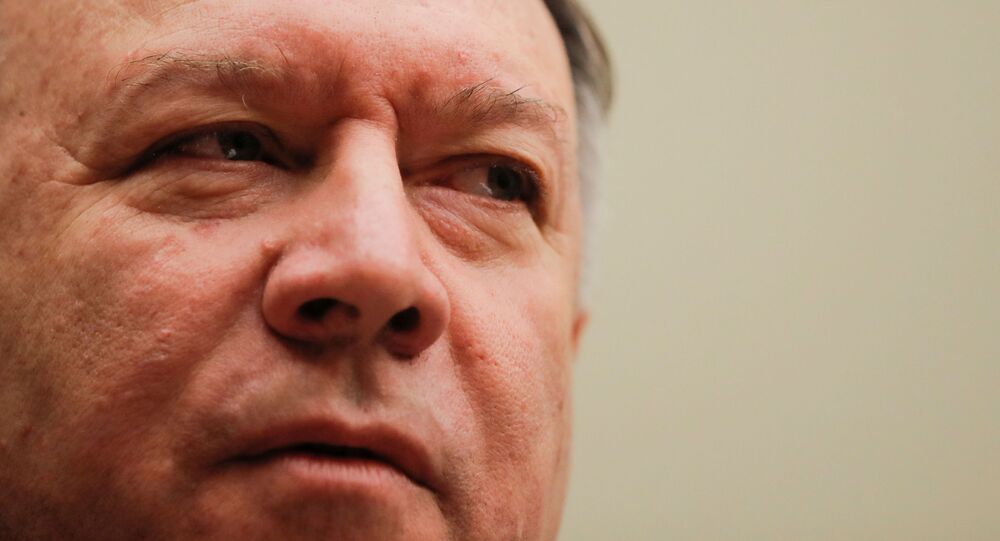 WASHINGTON (Sputnik) - US Secretary of State Mike Pompeo will participate in the signing of an agreement with the Taliban opposition movement that can pave the way to end the war in Afghanistan and withdraw American troops from the country, President Donald Trump announced in a statement released by the White House on Friday.

"Soon, at my direction, Secretary of State Mike Pompeo will witness the signing of an agreement with representatives of the Taliban, while Secretary of Defense Mark Esper will issue a joint declaration with the government of Afghanistan," Trump said. "If the Taliban and the government of Afghanistan live up to these commitments, we will have a powerful path forward to end the war in Afghanistan and bring our troops home."

A government source revealed on Thursday that a joint declaration by the US secretary of defense, NATO Secretary-General Jens Stoltenberg and the Afghan government that is expected to be issued ahead of the conclusion of the US-Taliban peace deal on Saturday will outline the main parts of the future agreement, envisaging among other things, the establishment of a permanent and widespread ceasefire in Afghanistan.

The long-awaited US-Taliban peace agreement is expected to be signed in Doha after a week-long reduction of violence that is currently in place in Afghanistan. The Afghan government's representatives have been invited to visit the Qatari capital as well.

According to the source, apart from the ceasefire, the deal will include guarantees that no international terrorist groups or individuals from Afghanistan will pose a threat to the security of the United States and its allies, and set the schedule for the withdrawal of all US and coalition forces from the country. Moreover, it is expected to state that intra-Afghan negotiations and talks between the Taliban and the Afghan inclusive team of negotiators have resulted in political agreement.

© CC BY 2.0 / The US Army
Trump Says There's a Chance of Making Peace Deal With Taliban in Afghanistan

The source also said that, according to the joint declaration, Washington pledges to fully withdraw its troops from Afghanistan within 14 months of the declaration's publication.

Moreover, the US and Afghan forces will continue to struggle against foreign terrorist groups after signing the deal, but all operations will be coordinated with the Afghan government and guarantee the safety of civilians.

In the statement, the Afghan government will be called an independent government and the United States and NATO will have fresh talks in support of the peace process and the fight against terrorism, the source added.