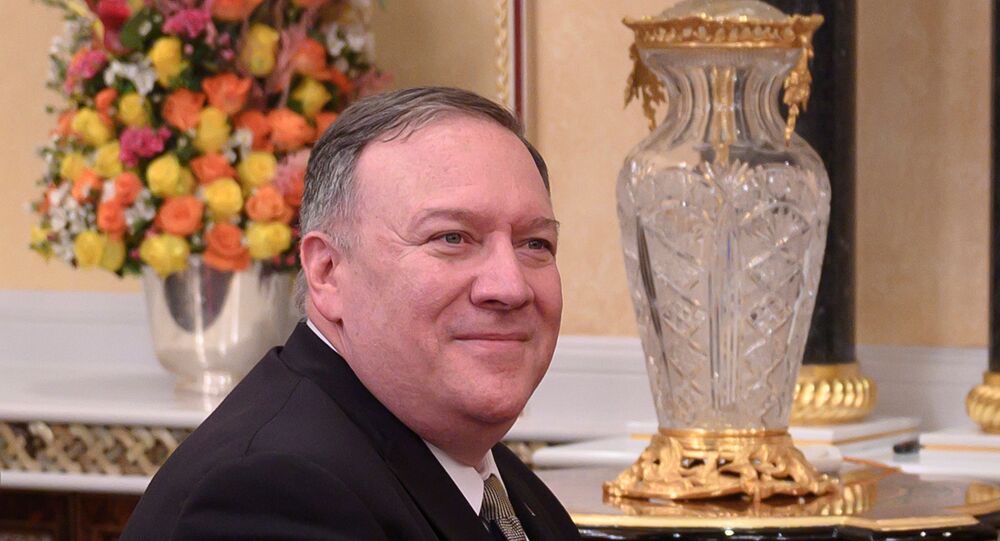 Previously, US President Donald Trump vowed to sign a peace deal with the Taliban movement if the recently achieved agreement on the reduction of violence lasts a week without violations.

US Secretary of State Mike Pompeo has stated that the US is ready to sign an accord on the reduction of troop presence in Afghanistan with the Taliban if the recent measured directed to reduce violence in the country hold.

"We've arrived at historic opportunity for peace. It won’t be easy to obtain. We should cease the moment  […] If and only if [a s reduction in violence period] is successful, we will sign the US-Taliban agreement coordinated with the government of National Unity on", Pompeo said.

The Secretary of State added that if all goes well, the deal will be signed on 29 February or around it, thus allowing the start of US troop withdrawal and further negotiations between the Taliban and the Afghani government. At the same time, Pompeo admitted that intra-Afghan negotiations may still not succeed.

Commenting on how the violence reduction period is going, the Secretary of State characterised it as "imperfect", but still "working". AFP reported, citing anonymous Afghan security sources, that the number of Taliban attacks has reduced from an average of 75 down to about 15 per day.

Pompeo's words are in line with US President Donald Trump's statement which promises to sign a deal with the terrorist movement if no significant violence takes place in Afghanistan over the span of a week. He made that promise in the wake of two attacks, by the Taliban on 22 February, just as the period of violence reduction began. Those attacks, however, didn't result in casualties or financial losses due to the timely response by armed forces, Afghan officials reported.

This is the latest attempt by the Trump administration to negotiate a peace deal with the Taliban for the withdrawal of its troops after fighting it in Afghanistan for 19 years, with little success. The previous attempt was botched in September 2019 after a Taliban attack in Kabul resulted in the death of a US serviceman.

Washington is trying to agree on the terms of withdrawal with the Taliban at the moment, demanding guarantees that it will cease attacks and start negotiating with Kabul. The US also wants assurances that the country won't become a safe haven for all kinds of terrorists, once its troops leave the country.