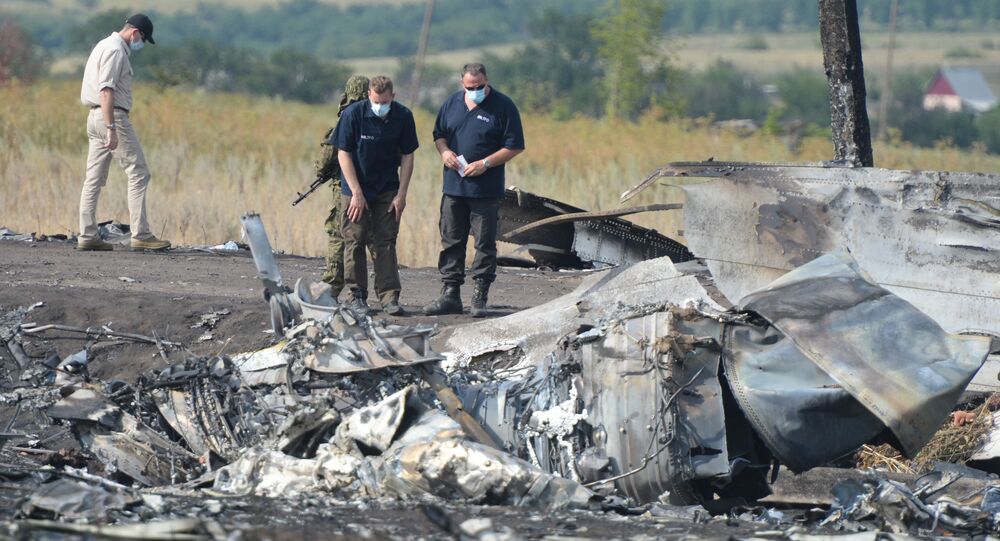 MOSCOW (Sputnik) - The comment comes as a coordinator of the Joint Investigation Team (JIT) established to probe the causes of the deadly MH17 crash claimed he could produce an eyewitness to the missile launch.

Russian Foreign Ministry spokeswoman Maria Zakharova on Monday criticised a Dutch prosecutor who claimed to be able to produce an eyewitness who saw the launch of a Buk missile that allegedly brought down the Malaysian MH17 jetliner in 2014.

"It's disgusting. They made a farce out of tragedy," Zakharova wrote on Facebook, commenting on Westerbeke's statement.

Fred Westerbeke, a Dutch prosecutor and the coordinator of the Joint Investigation Team (JIT set up to probe the Malaysia Airlines flight MH17 crash, claimed in an interview on Monday that he had an eyewitness that saw the launch of a Buk missile that allegedly downed the aircraft.

Flight MH17 was downed on July 17, 2014, over Donbass, en route to Kuala Lumpur from Amsterdam, leaving no survivors. Ukraine and the self-proclaimed republics in Donbass have blamed each other for the incident, with the latter explaining they had no equipment to down an aircraft at the altitude at which the plane was hit.

The US and some European states were fast to claim that Russia was responsible for the incident – without waiting for an investigation into the incident to begin.

The crash is being investigated by the Dutch-led JIT, which is operating without the participation of Moscow. The JIT claims that the aircraft was downed by a Buk missile originating from Russian armed forces.

The Russian Foreign Ministry has refuted the accusation as groundless and called the investigation biased, while presidential spokesman Dmitry Peskov has repeatedly stated that Russia rejects any allegations of involvement in the incident.