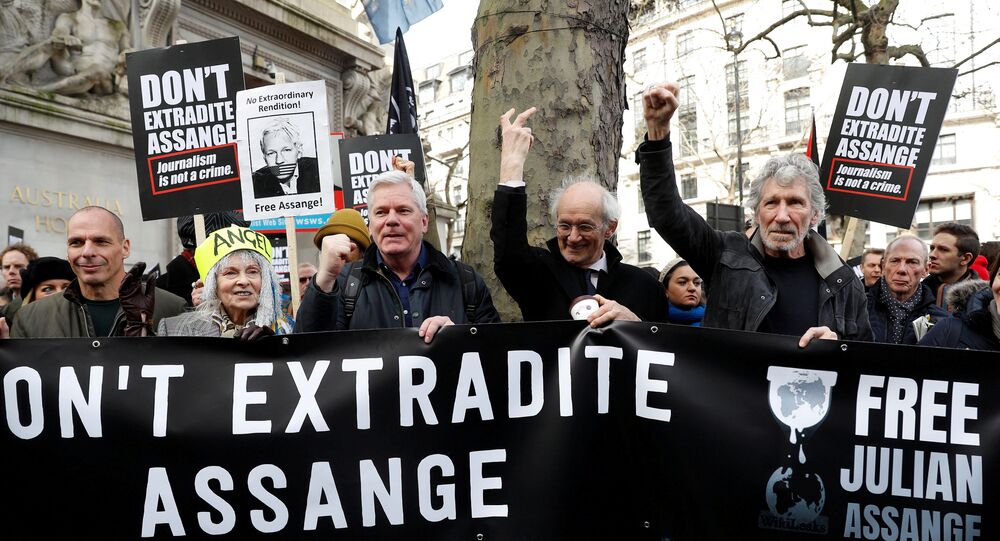 Spanish media reported last year that a security firm contracted to protect the Ecuadorian Embassy had spied on the WikiLeaks founder and possibly handed over its findings to the CIA. The owner of the firm claimed he had been asked to do so by Ecuadorian authorities.

A lawyer has suggested that Julian Assange’s secret recordings at the Ecuadorian Embassy could work for his own benefit in the ongoing extradition case.

However, he added, they could help Assange the way Richard Nixon’s unlawful actions helped Daniel Ellsberg, the whistleblower who disclosed US government documents about the Vietnam War, aka the Pentagon Papers.

What Were the Pentagon Papers?

Ellsberg, a US military analyst, leaked classified military reports about the US campaign in Vietnam, which revealed that the attacks on and bombings of North Vietnam, Cambodia and Laos were much more intensive than claimed, strengthening public opposition to the war.

Ellsberg faced charges under the Espionage Act – the same law that is being used to target Assange now – which were later dismissed due to government misconduct. It emerged that an informal Nixon-authorised team, known as the White House Plumbers, had broken into the office of Ellsberg’s psychiatrist in search for evidence to discredit him.

“It may well end Julian Assange’s extradition ordeal, because certainly if he gets to America — this is how the Pentagon Papers ended,” Robertson said. “It may be a lifeline for Julian Assange because he’s facing charges of up to 175 years in prison.”

Who spied on Assange?

Spanish newspaper El Pais was the first to report last year that Assange had been secretly recorded while being holed up in the Ecuadorian Embassy in London. It is understood that UC Global, a Spanish-based company hired to protect the embassy, had spied on Assange’s confidential conversations with lawyers and collaborators using video, audio and written reports. Those conversations reportedly included proposals by his advisers to smuggle him out of the embassy in disguise, which never materialised because Assange refused.

US Global is also claimed to have planned to steal the diaper of a baby boy brought to the embassy to visit Assange to perform a DNA test in an effort to find out whether the baby was his secret son.

An investigation into the affair is underway in Spain, while reports surfaced that the firm had handed over the Assange recordings to the CIA.

The owner of UC Global testified in court this month that he was asked to spy on Assange by Carlos Abad, the now-deceased Ecuadorian envoy to the UK.

What’s up with Assange?

Assange was expelled from the embassy on 11 April 2019, after months of mounting pressure from Ecuador’s President Lenin Moreno, who replaced Assange supporter Raffael Correa in the position in 2017. On the same day, British police arrested Assange for skipping bail in 2011, when he sought refuge in the embassy to avoid a possible extradition to the United States.

Critics have accused Moreno of pandering to the US government to get its support and secure a hefty IMF loan.

Later in the day, a British court is scheduled to begin examining whether Assange should be extradited to the United States to face multiple spying charges for his role in leaking classified documents about US war crimes in Iraq and Afghanistan.

Last week, Assange’s legal team said they would apply for asylum in France and told the court that Donald Trump had offered him a pardon if he agreed to say that Russia was not behind the 2016 leak of DNC emails (which Trump denied).

“He won’t be pardoned by President Trump, although [a future] President Sanders might do so,” Robertson said. “I think that's the objective of the Pentagon — to put him in prison for the rest of his life.”

After a week of legal argument, the case will be adjourned to resume with three weeks of evidence on 18 May.