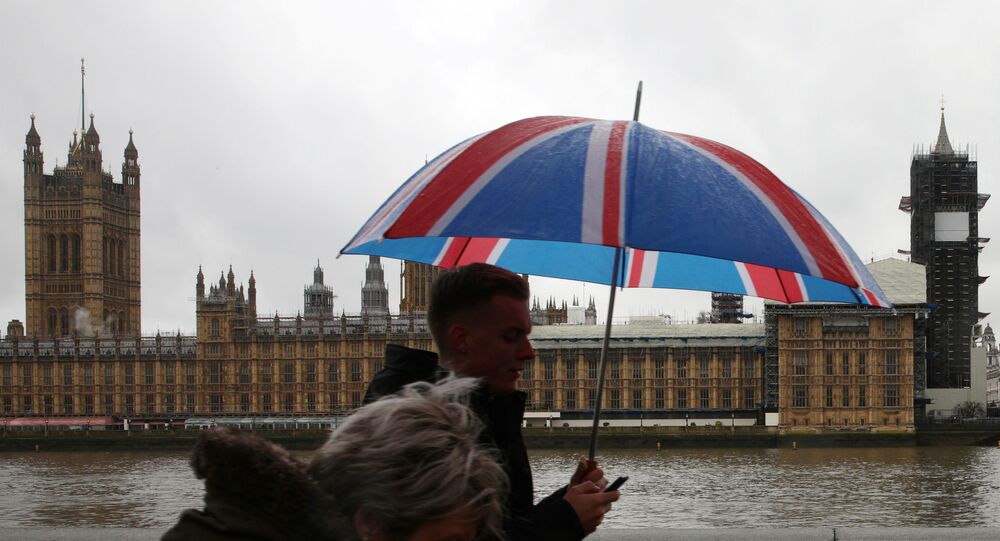 Earlier, the UK government signaled it would publish its mandate for the trade deal with the EU later in the week, with ministers expected to seek a Canada-style deal that has already faced scathing criticism in the EU.

Downing Street has claimed Brussels is in “disarray” over its plans for a post-Brexit trade deal, as crunch negotiations between the two sides scheduled to begin in March draw nearer, writes the Daily Mail.

UK Government sources have reportedly been privately mocking the confusion apparent in the EU ranks after the 27 EU leaders recently became embroiled in acrimonious talks over the hole left in Brussels' 2021-2027 budget due to Britain's departure.

An emergency summit of European Union leaders on 20-21 February failed to come up with an agreement on the bloc's seven-year financial plan, worth about one trillion euros.

The outlet cites sources as saying Brussels is “divided and distracted” by other issues, such as the ruckus over the Elgin Marbles and their return to Greece.

© AFP 2021 / Leon Neal
A marble metope sculpture (447-438BC) from the Parthenon in Athens, part of the collection that is popularly referred to as the Elgin Marbles, depicting a battle between a Centaur and a Lapith.

The diplomatic row over the marbles, housed in the British Museum, erupted after a leaked draft of Brussels' mandate for talks revealed a stipulation that Britain should “return unlawfully removed cultural objects to their countries of origin”.

“The UK's position on the Parthenon sculptures remains unchanged. They are the legal responsibility of the British Museum. That is not up for discussion as part of our trade negotiations.”

Both the UK government and Brussels are set to unveil their negotiating mandates this week, before the two sides come together for talks at the start of March.

UK Prime Minister Boris Johnson's chief negotiator David Frost is gearing up to publish the official UK position on the talks with Brussels on Thursday, and is expected to seek a Canada-style trade deal that would allow Britain to diverge from Brussels' rules regarding tax and state subsidies.

According to a source from Taskforce Europe, the UK's negotiating team, the mandate laid out by Britain would be “consistent in its ambition for a future relationship based on friendly co-operation between sovereign equals”.

While touting the “smooth” progress made by the UK side, with a “clear decision-making framework in place”, the source said:

“By contrast, the EU seem divided, distracted by other issues like marbles, instead of the important decisions on what our trading relationship will actually look like. The new plan is for them to approve their mandate on February 25 but it's anyone's guess whether they will.”

In stark contrast to the measured progress on the UK side, Brussels looks stymied by uncertainty over the future talks, claimed the source:

“Taskforce Europe has hit the ground running with over 40 dedicated officials – the best and brightest in their fields from across Whitehall. This is in contrast to the process of agreeing the EU's mandate, which so far looks to be hamstrung by indecision and delay due to the competing interests of different member states… They have still not agreed a mandate, and now have to focus on agreeing their budget for the next seven years.’

A Downing Street source is cited by the publication as confirming:

“We left the EU on January 31 in line with the referendum result. We regain full independence for the people of the UK at the end of this year: the negotiation is about defining the terms on which we do that.”

The UK’s trade deal with the EU has to be hammered out by the end of the year to avoid the risk of a No Deal Brexit becoming a reality.