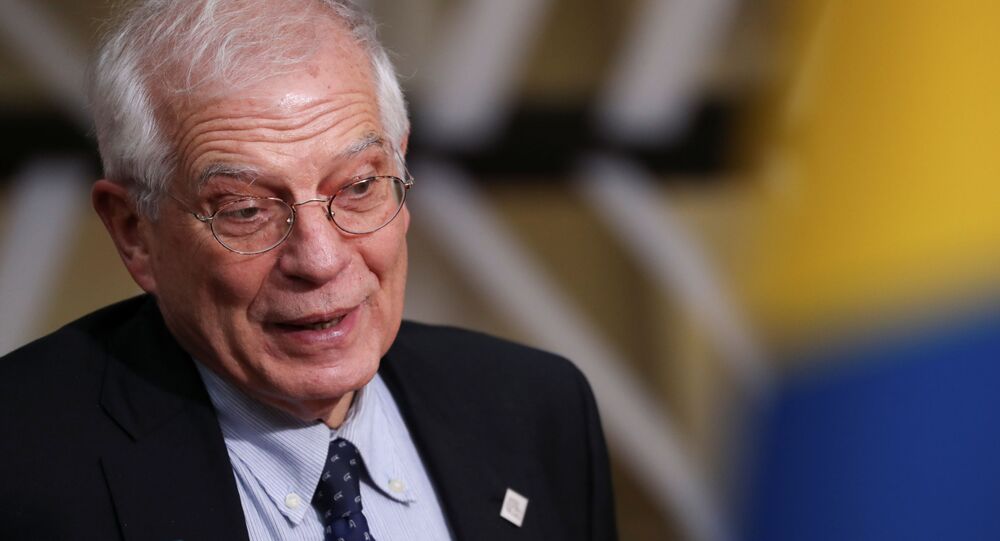 BRUSSELS (Sputnik) – EU foreign policy chief Josep Borrell has called on Israel to reconsider its plans on building thousands of residential units in East Jerusalem, stressing that such actions are illegal under international law.

"As set out clearly on numerous occasions by the European Union, including in Council conclusions, such steps would cut the geographic and territorial contiguity between Jerusalem and Bethlehem, isolate Palestinian communities living in these areas, and threaten the viability of a two-state solution, with Jerusalem as capital of both states", Borrell said in a Saturday statement.

"Settlements are illegal under international law. The EU will not recognize any changes to the pre-1967 borders, including with regard to Jerusalem, other than those agreed by the parties. We call on Israel to reconsider these plans", Borrell stressed on Saturday.

Earlier this week, Israeli Prime Minister Benjamin Netanyahu said that 2,200 housing units would be built in the Har Homa area of East Jerusalem. More settlements would also be built in the Givat Hamatos neighborhood and other areas, according to Netanyahu.

Last month, US President Donald Trump presented his Middle East peace plan that envisioned Israel annexing the settlements in the West Bank and the Jordan Valley, and maintaining Jerusalem as its undivided capital. The plan was rejected by Palestinian leaders.