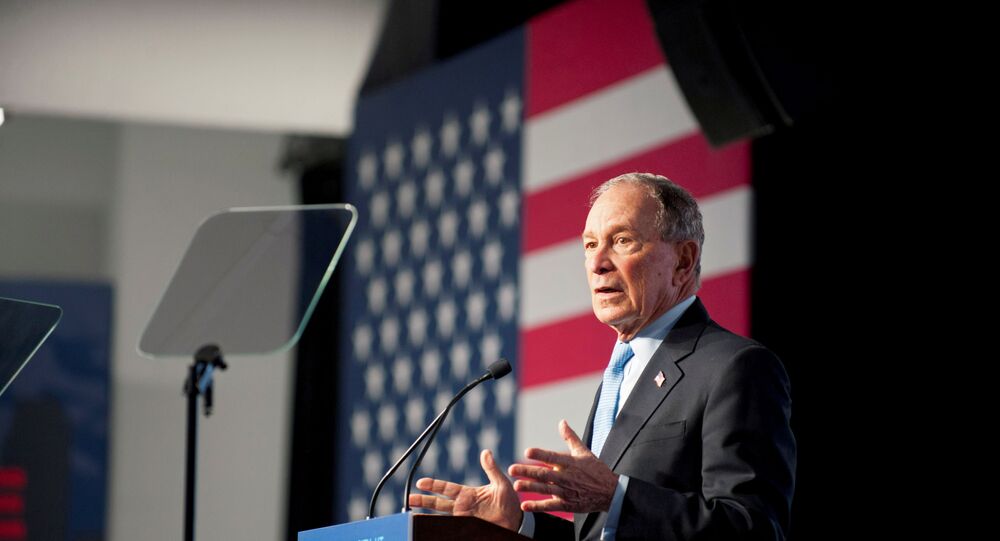 MOSCOW (Sputnik) - Earlier this week, the Wall Street Journal reported that the Bloomberg campaign was hiring hundreds of people in California to spread pro-Bloomberg messages via social media ahead of the state's primary.

"We have taken enforcement action on a group of accounts for violating our rules against platform manipulation and spam," a Twitter spokesman said as quoted by the Los Angeles Times.

According to Twitter, the campaign has violated several of its guidelines prohibiting posting identical content via multiple accounts and engaging in a concerted effort of artificial engagement.

In September 2019, Twitter unveiled its platform manipulation and spam policy in response to accusations of providing a platform for alleged "Russian trolls" during the 2016 presidential election. The policy aims to clamp down on a wide spectrum of behaviour, including commercially-motivated spam, inauthentic engagement, and coordinated activities on its platform.

Russia has denied the deployment of the so-called trolls used for manipulation of public opinion on social media.