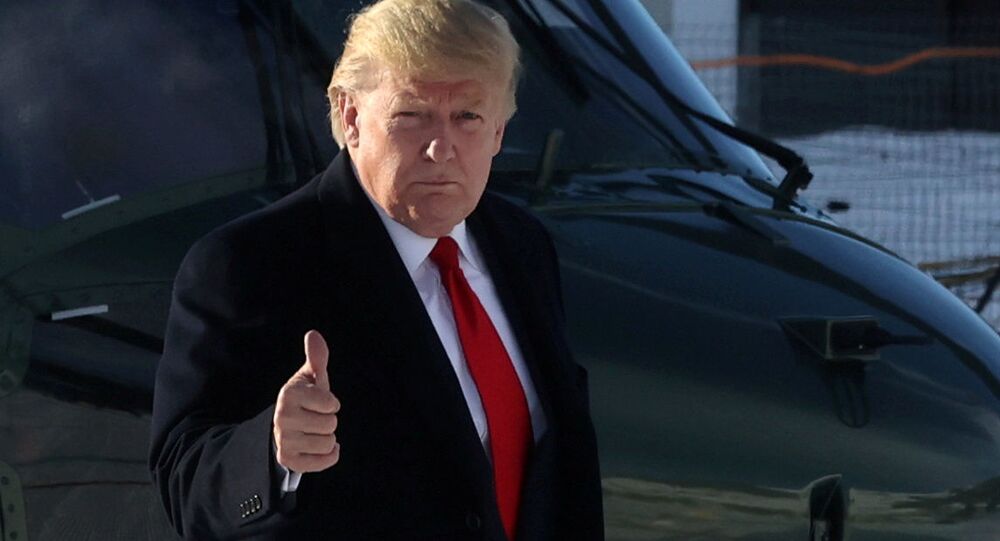 Earlier this week, the New York Times reported that US intelligence agencies had told Trump that Russia planned to meddle in the 2020 election to help reelect him.

​WASHINGTON (Sputnik) - US President Donald Trump in a statement on Friday accused Democrats of waging a misinformation campaign by alleging that Russia favours him as a candidate in the upcoming US election.

This comes following a report by the New York Times earlier this week which quoted several unnamed sources as saying that US intelligence agencies believed that Russia had been plotting to interfere in both the Democratic primaries and the 2020 general election in order to get Trump reelected.

Kremlin spokesman Dmitry Peskov refuted the claims as "paranoid" nonsense. "Unfortunately, we will see more and more of it as the election approaches," he said. ​

Pro-Democratic mass media have been engaged in the so-called 'Russiagate' campaign for over three years, claiming that Trump is a Kremlin agent and was helped by Russia to win the 2016 election. In April 2019, Special Counsel Robert Mueller published a report which found no evidence of collusion between the Kremlin and the Trump campaign in 2016.