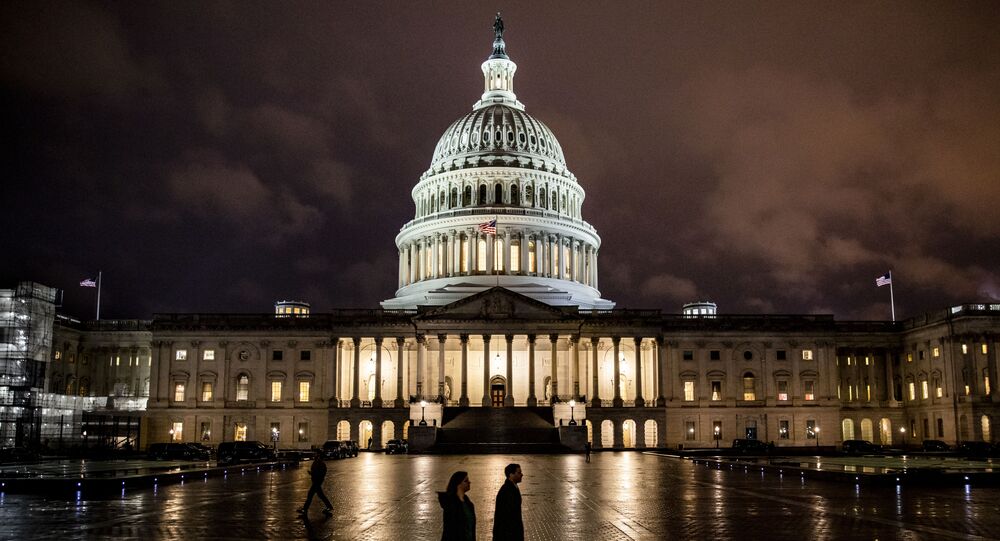 WASHINGTON (Sputnik) - US intelligence officials told lawmakers in a briefing last week that Russia is allegedly interfering in the 2020 election in favor of President Donald Trump, the New York Times reported.

On 12 February, a senior official with the Office of the Director of National Intelligence (DNI) briefed members of the House of Representatives' Intelligence Committee, warning them that Russia was allegedly "interfering in the 2020 election to get Trump re-elected", the report said on Thursday citing five people familiar with the situation.

Trump was displeased with the briefing and complained that Democrats would use this against him, the report said. The report added that Republican lawmakers on the committee challenged the intelligence and highlighted the administration's actions against Russia and its efforts to strengthen security in Europe.

The report said that according to two administration officials this briefing had nothing to do with Trump's announcement on Wednesday to replace Joseph Maguire with US Ambassador to Germany Richard Grenell.

In April, the final report of Special Counsel Robert Mueller's investigation into allegations of Trump-Russia collusion in the 2016 election said it did not find evidence to determine a conspiracy between the Trump campaign and Russia. In January, the Senate Intelligence Committee said in a report that again it saw no evidence of alleged Russian interference changing any votes or manipulating voting machines in the 2016 US presidential election.

Russian officials have repeatedly rejected accusations of meddling in the US or any country's elections or internal affairs, calling the charges "absurd" and pointing to a lack of evidence.

President Trump has also called claims that he colluded with Russia another "witch hunt".