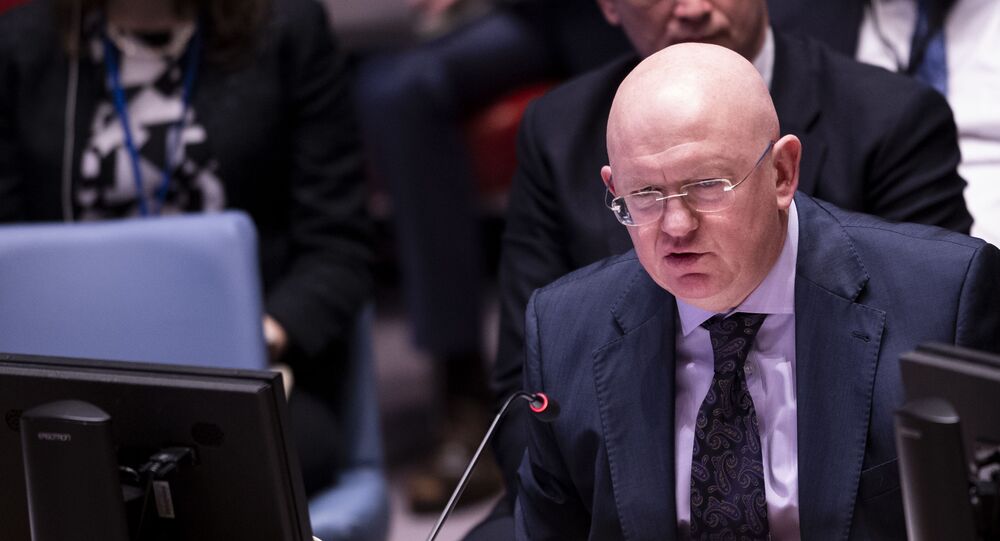 The permanent representative of Russia to the United Nations, Vasiliy Nebenzya, has asked for an urgent meeting at the UN after the United States failed to issue a visa to the head of the Russian delegation, Konstantin Vorontsov, at the UN disarmament commission.

A day earlier, the Disarmament Commission postponed the start of this session meeting for 10 days to deal with issues related to the granting of delegates' visas to Russian diplomats by the United States.

"Unfortunately, it is true, the start of the work of the Disarmament Commission had been postponed",  Nebenzia said when asked to confirm whether the United States did not grant a visa to the head of the Russian delegation. "We asked for an urgent meeting of the Committee on Relations with the Host Country. The meeting will take place at the beginning of the next week; we will ask the UN Secretary-General to attend it and inform us regarding the situation".

As he asked for a postponement, Nebenzya said Washington was "actively hindering" Vorontsov's arrival in New York, who was waiting for a visa back in Moscow.

The meeting of the Disarmament Commission was scheduled to take place on Tuesday.

In October, Russia proposed to relocate the UN General Assembly First Committee - which deals with questions of disarmament and international security - from New York to Geneva or Vienna amid the refusal by US authorities to promptly issue visas to Russian diplomats.