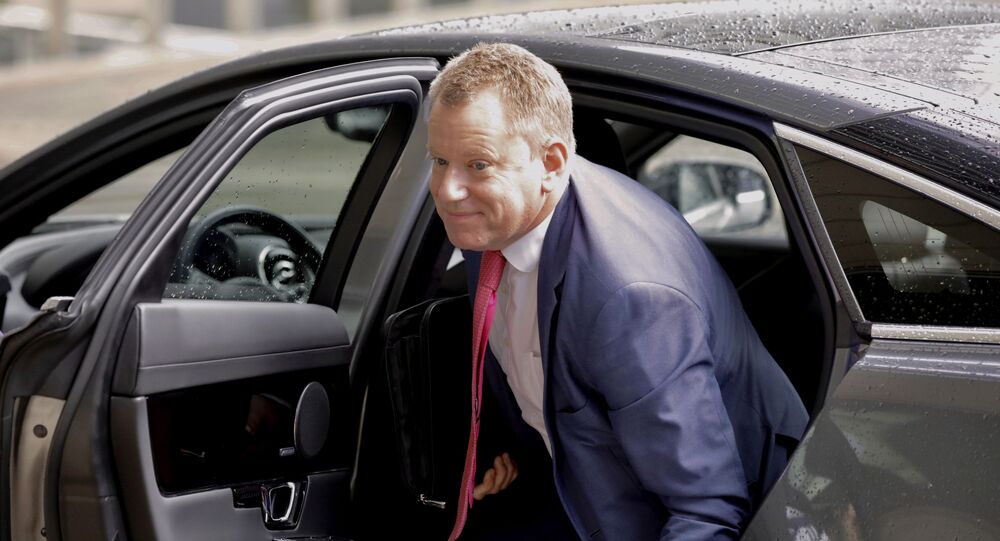 On 31 January, Britain entered an 11-month transition period following its divorce from the European Union after three years of fierce debates. PM Johnson’s government is now expected to negotiate trade agreements and common social standards with the remaining 27 EU states. It does not appear, however, that London is willing to stay too close.

Britain has signaled its tough stance towards sticking to EU rules and remaining under the jurisdiction of the European Court of Justice following Brexit, with new UK trade negotiator David Frost arguing that doing so would undermine the whole point of divorce from the bloc.

“We bring to the negotiations not some clever tactical positioning but the fundamentals of what it means to be an independent country”, Frost said in Brussels on Monday, his first public address after being appointed the head of Taskforce Europe in Johnson’s government.

“So to think that we might accept EU supervision on so called level playing field issues simply fails to see the point of what we are doing”, he added.

The chief trade negotiator insisted that London was not engaged in any game-playing with its stance but simply wanted to be treated like any other independent state, not aligned to any EU laws or programmes.

“It isn’t a simple negotiating position which might move under pressure, it is the point of the whole project”, Frost said, adding that Britain was not looking to extend the transition period beyond 31 December 2020. “At that point we recover our political and economic independence in full. Why would we want to postpone it?”

Johnson’s top Brexit negotiator also suggested that an “Australia-style” free trade agreement or models of free trade agreements signed between the EU and Japan or Canada were examples Britain could follow when negotiating future economic relationship with the bloc. Frost also defended the idea that Britain could become both a “political partner” and “economic competitor” of the EU.

Frost, who served as the British Ambassador to Denmark from 2006 to 2008, revealed to the audience at the Université libre de Bruxelles that he had started his career as a “euro-enthusiast” but his position towards EU institutions has completely changed with time.

Brussels has long insisted that London should continue operating within common EU environmental and social standards, as well as to stay in alignment with the European Commission, European Court of Justice and the bloc’s competition laws.

© CC0
'Dominoes to Start Toppling': Ex-Brexit Party MEP 'Foretells' Next Country to Leave EU
This has been illustrated by a draft of the EU’s negotiating mandate, with the final document expected to be published on 25 February.

However, Boris Johnson’s recent speech in Greenwich only confirmed London’s earlier position that Britain would rather lose from heavy tariffs on goods than to succumb to EU regulations.

French Foreign Minister Jean-Yves le Drian said during the annual Munich Security Conference that he expected post-Brexit negotiations between London and Brussels set to begin next month to be rather tough.