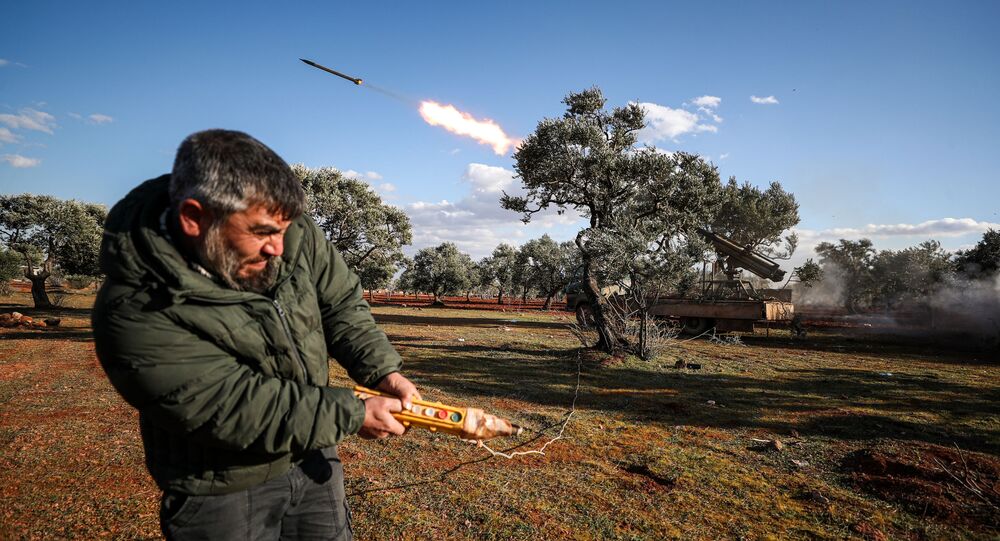 MOSCOW (Sputnik), Valentina Shvartsman – Turkey is putting Syrian security at risk by aiding Damascus' rebels in violation of the deal it signed with Russia to establish de-escalation zones in the embattled nation, an adviser to the Lebanese president said on Monday.

"When it comes to the Syrian crisis and current movement in the Idlib area, there are tensions rising between Turkey and Russia. We consider that the Sochi agreement was not very well executed by the Turkish sides, and Syria has every right to regain its territory, seeking the help of Russia," Amal Abou Zeid said.

The Lebanese official, who is in Moscow for a Valdai Club conference, argued that the Russian military presence in Syria was authorised by the government in Damascus, while the support that Turkey "is actually giving or providing to Nusra group and Tahrir al-Sham is very clear and evident."

"This will directly jeopardise the territorial integrity, security and sovereignty of Syria," Zeid warned, adding that he hoped the Syrian troops’ advance on Idlib would discourage Turkey from "staying in the Syrian land like this."

Turkey has repeatedly pressured Russia into using its leverage with Syria to stop the government offensive on the last jihadist hideouts in Idlib, a province that borders Turkey. The Syrian authorities blame the Nusra Front and other terror groups in the northwestern Syrian province for launching shellfire attacks on residential areas.

Russia, Iran and Turkey agreed in Sochi in 2017 to set up buffer zones across Syria in order to stop the bloodshed. The Syrian government now controls large swathes of land, except in parts of Idlib, dominated by the Nusra Front. Turkey and Russia met again in Sochi in the fall of 2018 to create a de-escalation zone in Idlib.

Lebanon will never back the US plan for Israeli-Palestinian peace, which proposes, among other points, naturalising Palestinian refugees, Amal Abou Zeid said.

"The deal of the century is totally against the Lebanese interest because we cannot afford 400,000 Palestinians to stay in Lebanon. This will directly jeopardize the society of the country, ethnically and religiously," Zeid said stated.

© REUTERS / Ammar Awad
US Warns Israel Against 'Unilateral Action' to Extend Authority Over Controlled Areas of West Bank
He said that Palestinians had the right to "go back home" and have their own state, and Lebanon believes that as a neutral party such country as Russia is well-placed to mediate between Israel and Palestine to that end.

US President Donald Trump unveiled his "deal of the century" last month. The document aims to reconcile both sides by recognizing Israeli sovereignty over Jewish settlements in occupied territories in return for a prospect of statehood for Palestine. Palestinians have flatly rejected the proposal.