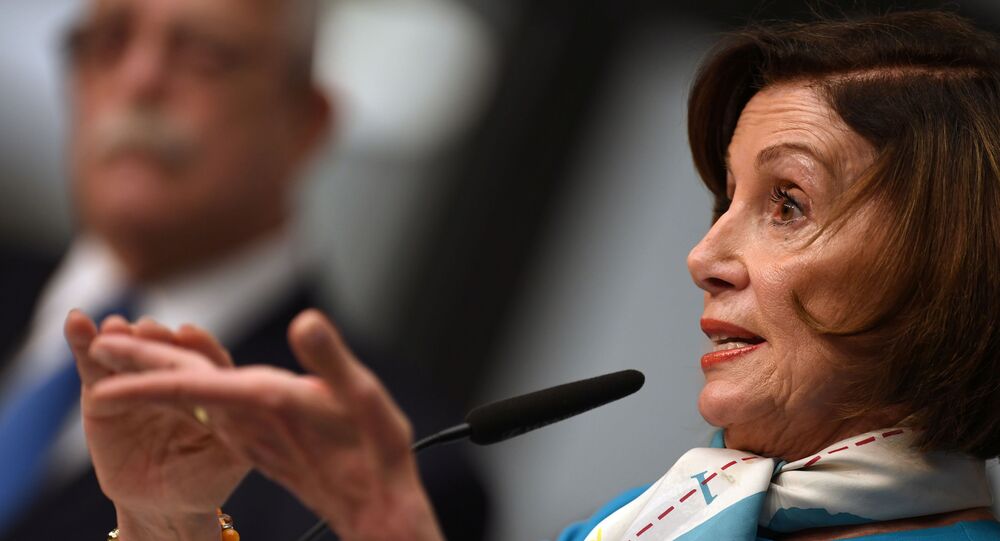 Nancy Pelosi may have it in for Donald Trump, but there’s at least one hill they are eager to die on: defending the ‘free world’ from China and its flagship company, Huawei.

A Chinese politician has found a basic flaw in Nancy Pelosi’s argument against Huawei as the House Speaker rallied foreign leaders to support the US crackdown on the company.

Speaking at the Munich Security Conference on Friday, Pelosi told the audience that “China is seeking to export its digital autocracy through its telecommunication giant Huawei.”

“If you want to build a collective conscience of values and respect for human rights and the rest, don’t go near Huawei and instead, let’s internationalize and build something together that will be about freedom of information.”

In the Q&A session, the House Speaker fielded an answer from Fung Yi, China’s former ambassador to the UK and deputy foreign minister currently leading the parliamentary foreign affairs committee.

“I think, my knowledge of how the world works is that technology is a tool,” Yi said. “And China…has introduced all kinds of Western technologies. Microsoft, IBM, Amazon – they’re all active in China.”

“…all the technologies came from Western countries, from the developed world, and China has maintained its political system. The system led by the Communist party has become successful, it’s not threatened by the technologies.”

“Do you really think the democratic system is so fragile that it could be threatened by this single high-tech company of Huawei?” she added to a round of applause from the audience.

Pelosi responded by downplaying Huawei’s success, claiming that the company had initially reverse-engineered foreign technologies, but would not answer the question directly.

The United States has accused Huawei, without providing any proof, of using “backdoors” in its telecoms equipment to collect sensitive data abroad for Beijing.

The Trump administration has banned Huawei from doing business with US companies and lobbied to shut it out from the burgeoning market of fifth-generation (5G) mobile broadband networks.

The company has denied any wrongdoing, and some observers have suggested that the underlying reason for the US pressure campaign, which has coincided with a trade war on China, is to challenge Beijing’s growing dominance in the key technology sector, rather than address yet-to-be-confirmed security concerns.

It also remains to be seen whether US mass surveillance efforts present a lesser threat to democracy than those of China, but Pelosi unfortunately did not bring up that subject.