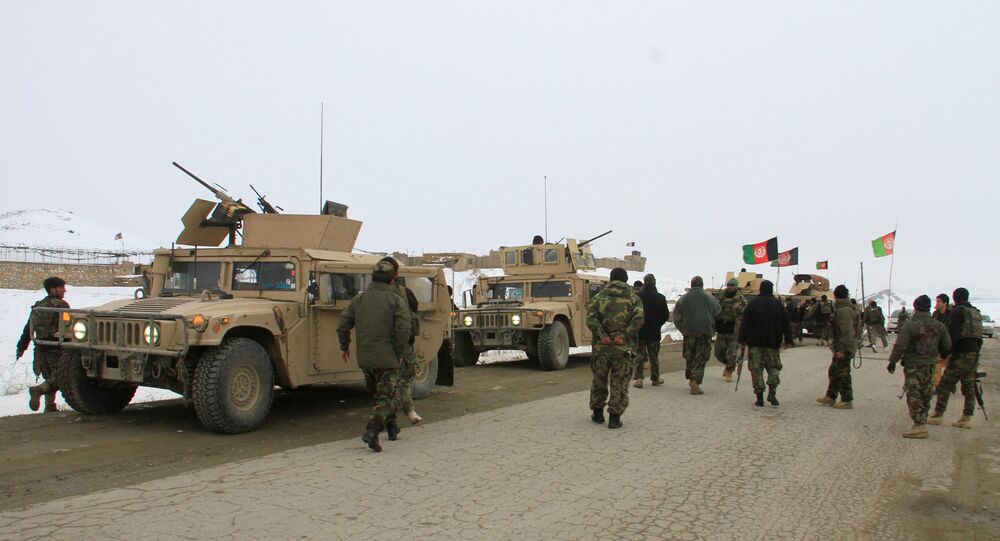 MUNICH (Sputnik) - US Secretary of Defence Mark Esper said at the Munich Security Conference on Saturday that Afghan President Ashraf Ghani was fully committed to peacefully resolving the conflict with the Taliban radical group.

Esper added that he had spoken with Ghani on Friday, who in turn assured him that he was ready to work with the United States.

The US secretary of defence went on to say that the reduction of violence proposal between the Taliban* and Washington was "very promising."

NATO Secretary-General Jens Stoltenberg said on Friday that the alliance was ready to consider adjusting the number of its troops in Afghanistan under the condition that the Taliban is able to demonstrate both the willingness and capability to reduce violence and commit to peace.

© AP Photo / Rahmat Gul
US Has ‘Responsibility’ to Pay Afghans Reparations After Taliban Peace Deal - Activist
In pursuit of recognition, the Taliban have been leading an insurgency against the Afghan government since the early 2000s. They also seek all foreign troops to withdraw from the country. The group has been accused of providing terrorist organisations such as al-Qaeda and Daesh with safe haven in Afghanistan.

Over the past year, the US held a number of peace talks with the Taliban in a bid to encourage the group to cut the ties with terrorists and begin a rapprochement with the Afghan government, paving the way for US troops to pull out. No significant results have so far been achieved during these talks.

*Taliban, al-Qaeda, Daesh [the Islamic State, ISIL, ISIS] - terrorist groups banned in Russia and a number of other countries