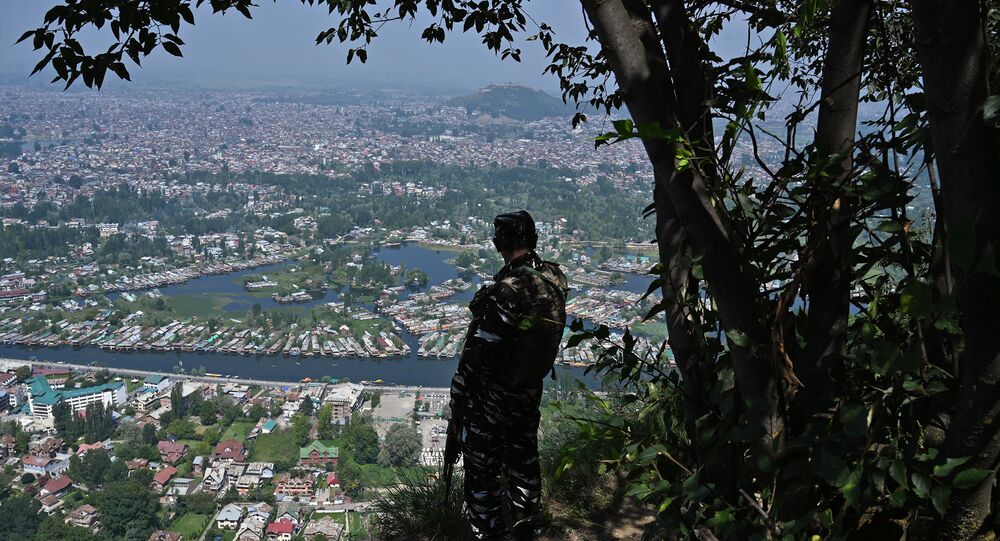 New Delhi (Sputnik): Earlier this year, the Indian government reportedly decided to curb imports from Ankara after Turkey's president criticised New Delhi for revoking the special status of Jammu and Kashmir in August 2019.

Taking a strong stance against the Turkey-Pakistan Joint Declaration on the sensitive issue of Jammu and Kashmir, the Indian Foreign Ministry has called upon Ankara to not interfere in its internal matter and develop a proper understanding before making comments.

"India rejects all references to Jammu & Kashmir, which is an integral and inalienable part of India. We call upon the Turkish leadership to not interfere in India's internal affairs and develop a proper understanding of the facts, including the grave threat posed by terrorism emanating from Pakistan to India and the region," Raveesh Kumar, spokesperson of India’s Ministry of External Affairs, responded on Saturday.

The statement came a day after Turkey's President Recep Tayyip Erdogan reiterated his stance on Kashmir and blamed India for taking "unilateral steps" while revoking the decades-old special status of the disputed region in August 2019.

On Friday, while addressing a joint session of Pakistan's Parliament during his official visit to the country, Erdogan said that Kashmir had been living under difficult circumstances for many years and the recent unilateral steps have made the situation more "alarming".

"The troubles our Kashmiri brothers have suffered for decades have been exacerbated by the latest unilateral steps", Erdogan said, adding that this "attitude that worsens the current situation and removes the freedoms and vested rights of Kashmiris is of no use to anyone".

Pakistan and Turkey further underscored the need for the resolution of all outstanding disputes between Islamabad and New Delhi, including the central issue of Jammu & Kashmir, “through a sustained dialogue process and in accordance with the relevant UN Security Council resolutions”.

Kashmir has been a major bone of contention between India and Pakistan, as both countries claim the region as a part of their territory.

India's parliament revoked the special status of Jammu and Kashmir on 5 August 2019 and divided it into two federally-administered territories. The state remained in lock-down after the abrogation of the constitutional provision, but this has been phased out and telephone services have been restored.

Islamabad has harshly slammed the decision, having raised the issue at different international forums and urged major powers to interfere in the matter, citing concerns that it may lead to a limited war in the region.