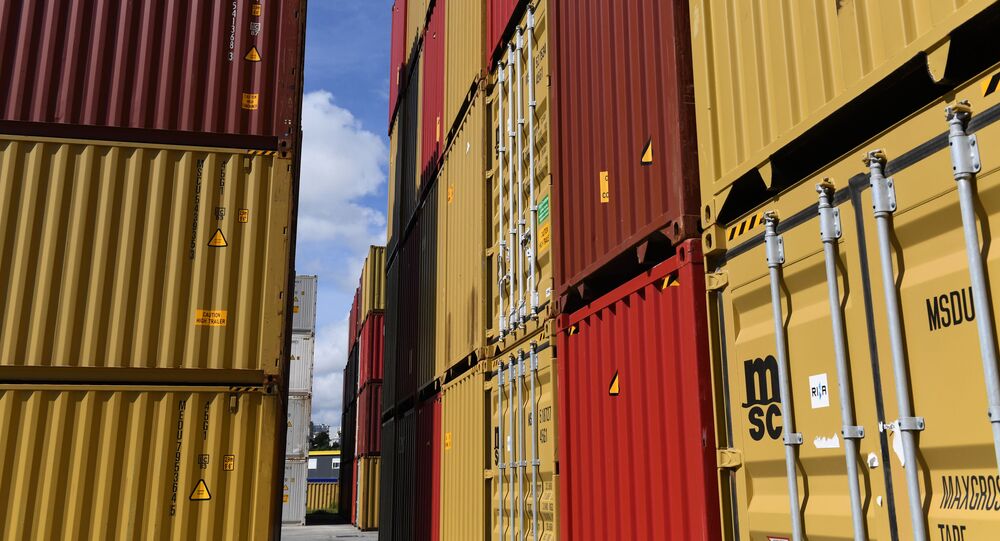 MOSCOW (Sputnik), Andrei Savenkov - Belgium’s exports to Russia are slowly getting back to the pre-sanctions 2014 levels, but the countries need to do more in order to increase their overall trade, Gerard Seghers, the economic and commercial counsellor with the Embassy of Belgium to Russia, said.

"What we see from the Belgian side is indeed a return to the level of 2014 in terms of exports. Russia is not a very big market for Belgium, Russia is about the size of the market of Denmark for Belgium. Even though there is a close geographic proximity of Russia and Belgium, Russia is still a relatively small market for us. We should do better. We are getting back to the pre-sanctions, pre-crisis levels of 2014, but at a very modest level," Seghers said on the sidelines of Prodexpo food and drinks exhibition held in Moscow.

Belgian exports to Russia increased by 14 per cent year-on-year in the first 10 months of 2019 and reached almost $3.8 billion, according to the diplomat.

Russia’s exports to Belgium over the same period, however, amounted to some $7.3 billion, a 20 per cent decrease year-on-year. Seghers attributed the drop to the decline in the prices of oil and diamonds.

In 2018, Russia was the ninth biggest supplier to the Belgian market. It exported goods and services worth over $10 billion, an increase of almost 8 per cent. At the same time, Belgium's exports to Russia stood at $3.9 billion, which was an 11 per cent decrease year-on-year.

According to Seghers, the Russian market can offer more prospects for European businesses, contrary to what is being told in the media and the scepticism shared among Western business circles.

"You might think that sanctions and counter-sanctions will make this market not interesting at all for the food industry, but as you can see we have managed to convince companies in Belgium, producers of chocolates and beers, to come to Russia, to have a look at the market opportunities here. Even though agricultural products from Europe cannot be exported [to Russia], there are still opportunities in Russia. This is what we are trying to convey to the business community in Belgium. You can come to Russia with bigger confidence than what maybe media portray in Europe," Seghers said.

The Russian investment image is suffering due to the extensive coverage of the crisis in eastern Ukraine and Moscow's alleged meddling in the US elections and Brexit, the diplomat said.

"When you bring people to Russia and they come here for the first time, you always get the same remarks: ‘Oh, this is a nice city, Moscow is very modern, and people are very friendly.’ There is a lot of misconception about Russia, misconception about the economy. And that’s what we do actually: we try to bring as many people as we can to this country. We realize it might be difficult for people from Belgium to invest money and try to come to a market that maybe does not have a very pride image in Belgium, and that’s why we pick targeted industries such as culture, aerospace, health sector," Seghers said.

Relations between Russia and the West deteriorated in the wake of the conflict in eastern Ukraine and the successful referendum on Crimea's reunification with Russia in 2014. The West has repeatedly accused Moscow of meddling in other nations' political processes, inducing the 2016 US presidential election and the Brexit vote, without providing sufficient proof. Russia continues to deny all such allegations.