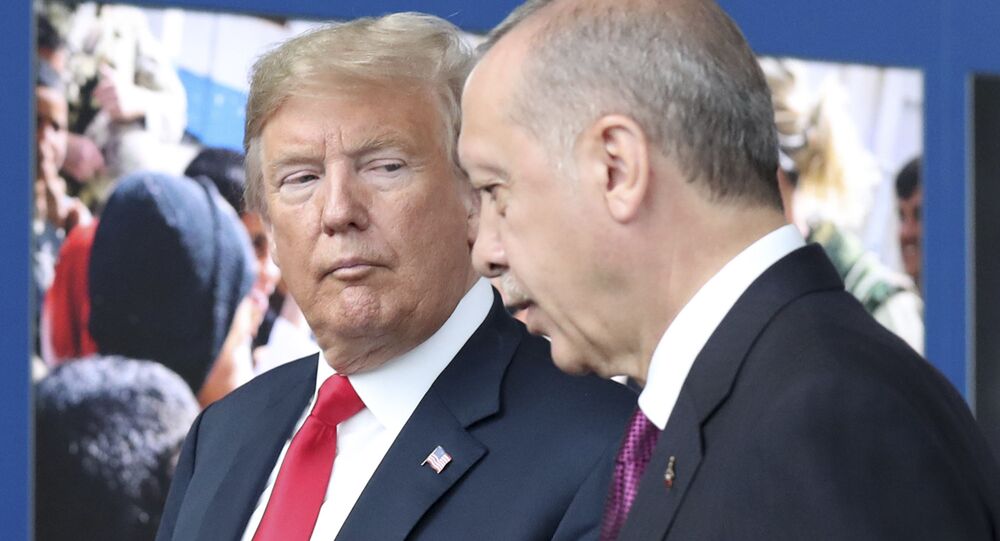 MOSCOW (Sputnik) - Turkish President Recep Tayyip Erdogan did not rule out that he could hold talks with his US counterpart, Donald Trump, in connection with the aggravation of the situation in the Syrian province of Idlib.

"Maybe," Erdogan told reporters in Ankara, answering a question about the possibility of negotiations with Trump on the situation in Idlib.

He added that the topic of Idlib will be discussed at a high-level meeting in Moscow in the near future.

"We discussed the situation in Idlib this morning with [Russian President Vladimir] Putin. We spoke about the regime’s attacks on our servicemen, as a result of which we have suffered losses in human lives. We agreed that representatives of our Ministry of Foreign Affairs, the Ministry of Defence, and the intelligence service will hold negotiations in Moscow in the near future," Erdogan said.

© AFP 2020 / OMAR HAJ KADOUR
Erdogan Claims Damascus to Pay 'Heavy Price' for Attacks as Syrian Helicopter Downed in Idlib
On Monday, the Turkish Ministry of Defence reported that five Turkish soldiers were killed and five were injured as a result of shelling of an Idlib observation post by the Syrian army.