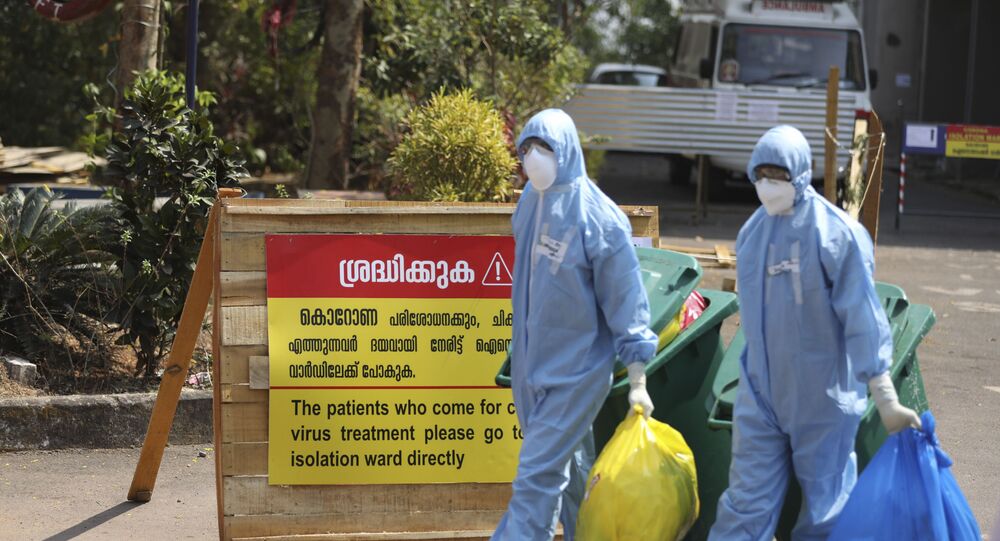 New Delhi (Sputnik): Amid the rising cases of people infected with coronavirus, which has spread to more than 25 countries so far, Chinese authorities have taken several measures including quick screening and producing medical masks at a faster pace.

On Sunday, Indian Prime Minister Narendra Modi wrote a letter to Chinese President Xi Jinping to express his solidarity with him and the people of China amid the outbreak of the coronavirus, having offered New Delhi's assistance to “face the challenge”.

Modi also conveyed appreciation for the “facilitation provided by the government of China for the evacuation of Indian citizens from Hubei Province” earlier this month.

As per Chinese government records, a total of 811 people have died from the coronavirus infection so far and number of confirmed cases reached 37,198 on Sunday.

Meanwhile, the Indian government, in a statement issued on Sunday evening, claimed that universal screening for all flights from Singapore and Thailand besides Hong Kong and mainland China is ongoing at earmarked aerobridges.

“As of now 1,818 flights and 197,192 passengers have bee screened so far at 21 airports", India’s Ministry of Health and Family Welfare said.

Some 9,452 persons are presently under community surveillance across India, 1,510 samples have been tested, and 1,507 samples were found negative. Three samples have tested positive from Kerala.

The development comes three days after the Indian Foreign Ministry announced that over 600 Indian nationals had been evacuated from the coronavirus-hit Chinese city of Wuhan in a complex operation.

The World Health Organisation (WHO) has already declared a global health emergency, at the same time requesting people not to spread misinformation as it is "making the work of our (WHO) heroic workers even harder".

"At the WHO we're not just battling the virus, we're also battling the trolls and conspiracy theories that undermine our response", WHO Director General Tedros Adhanom Ghebreyesus added.

The coronavirus was first detected in the central Chinese city of Wuhan in December 2019 and has since spread to more than 25 countries.