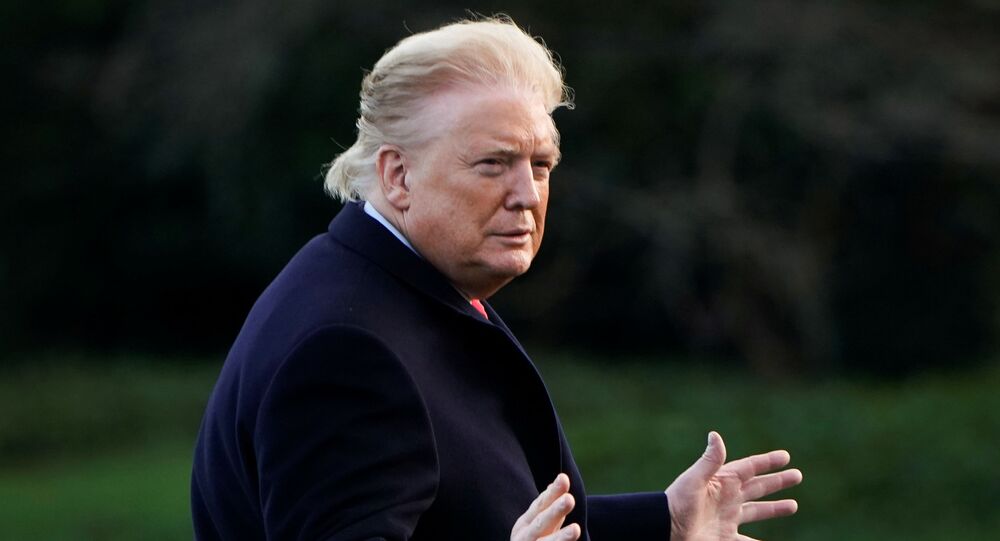 A Toast to Success: Russian Politician Hails Trump Over His Impeachment 'Victory'

Despite being impeached on charges of obstruction of justice and abuse of power, US President Donald Trump was acquitted by the Senate on both counts.

As the impeachment trial of US President Donald Trump has finally drawn to a close, culminating in his acquittal, prominent Russian political figure and former presidential candidate Vladimir Zhirinovsky stepped forward to congratulate the US head of state.

In a letter he penned to Trump, Zhirinovsky described the outcome of the trial as a "victory in the Senate and the failure of the low and false accusations".

© AP Photo / Susan Walsh
National Security Adviser Who Testified in Trump Impeachment Trial Escorted From White House
He also added that all members of his party, the Liberal Democratic Party of Russia, are willing to fly to the US to "raise a glass" to Trump’s success, and offered to buy the US president dinner in Miami to mark the occasion.

The impeachment process against Donald Trump was launched in September 2019, with House Democrats accusing him of blackmailing Ukraine with the withdrawal of military aid unless the Ukrainian president started a criminal probe into one of Trump's 2020 election rivals, Joe Biden.

However, even though Trump got impeached on charges of obstruction of justice and abuse of power, the Senate acquitted him on both counts.