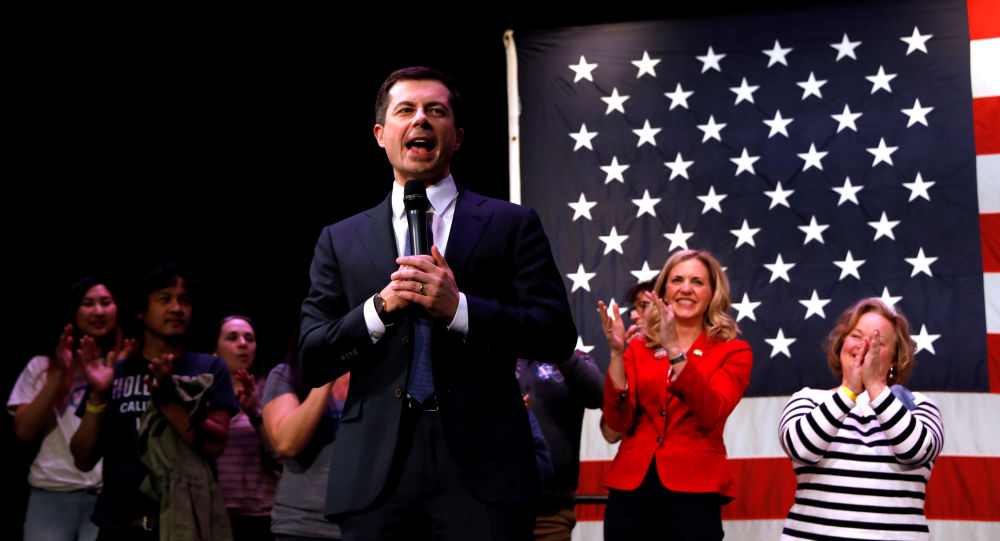 On Thursday, Iraqi military and intelligence sources told The New York Times that Daesh (ISIS),* not Iran-affiliated Iraqi Shia militia group Khaitab Hezbollah, was the likely culprit behind the December 27, 2019 rocket attack on the K-1 Air Base in Kirkuk which ultimately prompted Washington to approve the killing of a senior Iranian general.

Democratic candidates for president Pete Buttigieg, Bernie Sanders and Joe Biden teamed up to blast President Trump over his decision to kill Iranian Quds Force Commander Qasem Soleimani at Friday’s New Hampshire debate, saying the decision did not make the US any safer, and that such actions could lead to global anarchy.

South Bend, Indiana Mayor Pete Buttigieg, who narrowly defeated Senator Sanders at last week’s messy Iowa Caucus, argued that “in the situation that we saw with President Trump’s decision there is no evidence that that made our country safer…If we’ve learned nothing else from the war in Iraq, it’s that taking out a bad guy is not a good idea if you do not know what you were doing.”

Asked if he would have ordered the strike, Buttigieg responded that “it depends on the circumstances. It depends if there was an alternative, and it depends what the different effects would be…This is a situation that requires that you actually evaluate the entire intelligence picture.” The candidate added that he didn’t believe President Trump “even reads” the intelligence reports presented to him.

Bernie Sanders, who finished second in Iowa, similarly indicated that he would not have approved Soleimani’s killing.

“You cannot go around saying ‘you’re a bad guy, we’re gonna assassinate you!’ If that happens, you’re opening the door to international anarchy. Then every government in the world will be subjected to attacks and assassinations,” the Vermont senator said.

“What we have got to do is bring countries around the world together with our power and our wealth and say ‘you know what, let us sit down and work out our differences through debate and discussion at the UN, not through more and more war and the expenditures of trillions of dollars and the loss of God knows how many lives,” Sanders added.

Former Vice President Joe Biden echoed his fellow Democrats, saying he wouldn’t have ordered the strike because there was no evidence yet that Soleimani posed an imminent threat to the United States. Biden also went after Trump over the president’s comments downplaying the significance of the injuries suffered by 64 US troops during Iran’s missile strikes in response to Soleimani’s killing.

At his State of the Union speech on Tuesday, Trump doubled down on his decision to kill Soleimani, dubbing him “the world’s top terrorist,” and “the Iranian Regime’s most ruthless butcher” and accusing him of murdering “thousands of American service members in Iraq.” Trump claimed that Soleimani “directed the [December 27] assault on United States forces in Iraq, and was actively planning new attacks.”

Iraqi intelligence and military officials have challenged Washington’s narrative on the December 27 K-1 Air Base attacks which served as the pretext for the US assassination of Soleimani. Iraqi security officials speaking to the New York Times last week indicated that Daesh, not the Khaitab Hezbollah militia, was the party most likely responsible for the K-1 rocket attack. According to officials, the militia had not even been present in the Kirkuk area since 2014.

The K-1 Base attack, which killed a US civilian contractor and injured several US troops and Iraqi police officers, prompted the US to ‘retaliate’ against five Khaitab Hezbollah bases across Iraq and Syria on December 29, with these attacks killing 25 militiamen and injuring 55 others. On January 3, days after angry crowds attempted to storm the US Embassy in Baghdad, the US assassinated Quds Force Commander Qasem Soleimani. On January 8, Iran responded, firing missiles at two Iraqi bases hosting US troops. 64 US service members were diagnosed with traumatic brain injuries as a result of these attacks.