Last month, amid seething tensions between Iran and the United States over the assassination of a senior Iranian commander, Iranian air defences accidentally shot down a Kiev-bound Ukraine International Airlines Boeing 737, killing all 176 passengers and crew onboard, among them 57 Canadian nationals.

Canadian lawyers have submitted a class action lawsuit on behalf of the victims of the Ukrainian airliner shot down over Tehran on January 8, and are demanding a payout of at least $1.1 billion ($1.5 billion Canadian), Reuters has reported.

The Iranian state, Supreme Leader Ayatollah Khamenei, senior commanders of the Revolutionary Guards (including Aerospace Force commander Amir Ali Hajizadeh) and others are reportedly named as defendants, and the case alleges that the plane was destroyed ‘intentionally’ and constituted a “deliberate act of terrorism.”

The lead plaintiff in the case is anonymous, but has been given the pseudonym ‘John Doe’, and is suing on behalf of an immediate family member named as ‘Jack Doe.’ The filing claims that ‘John Doe’ must remain anonymous out of fear that his Iranian family members could be harmed or even killed “by the Iranian regime.”

The suit was reportedly filed on January 24 in a Toronto court, and it’s unclear whether officials representing Iran have been served. The Iranian government has yet to comment on the case.

Jonah Arnold and his father Mark Arnold of Toronto-based law firm Weinman, Arnold LLP are lead counsel on the case. The law firm previously succeeded in securing the seizure of some Iranian assets over the deaths of two American nationals in the 1980s and 2000s in Lebanon and Israel which were blamed on Iran. Tehran vocally denied responsibility in those cases. Canada is not the only country which has allowed citizens to sue the Iranian government for alleged complicity in terrorist activities. In 2018, a US court ordered Iran to pay billions of dollars in ‘compensation’ to the relatives of the victims of the September 11, 2001 terror attacks, even though no direct evidence of Iranian involvement was provided, and Tehran has been open about its abhorrence of radical Sunni Islamist terrorists such as al-Qaeda* and Daesh (ISIS).* 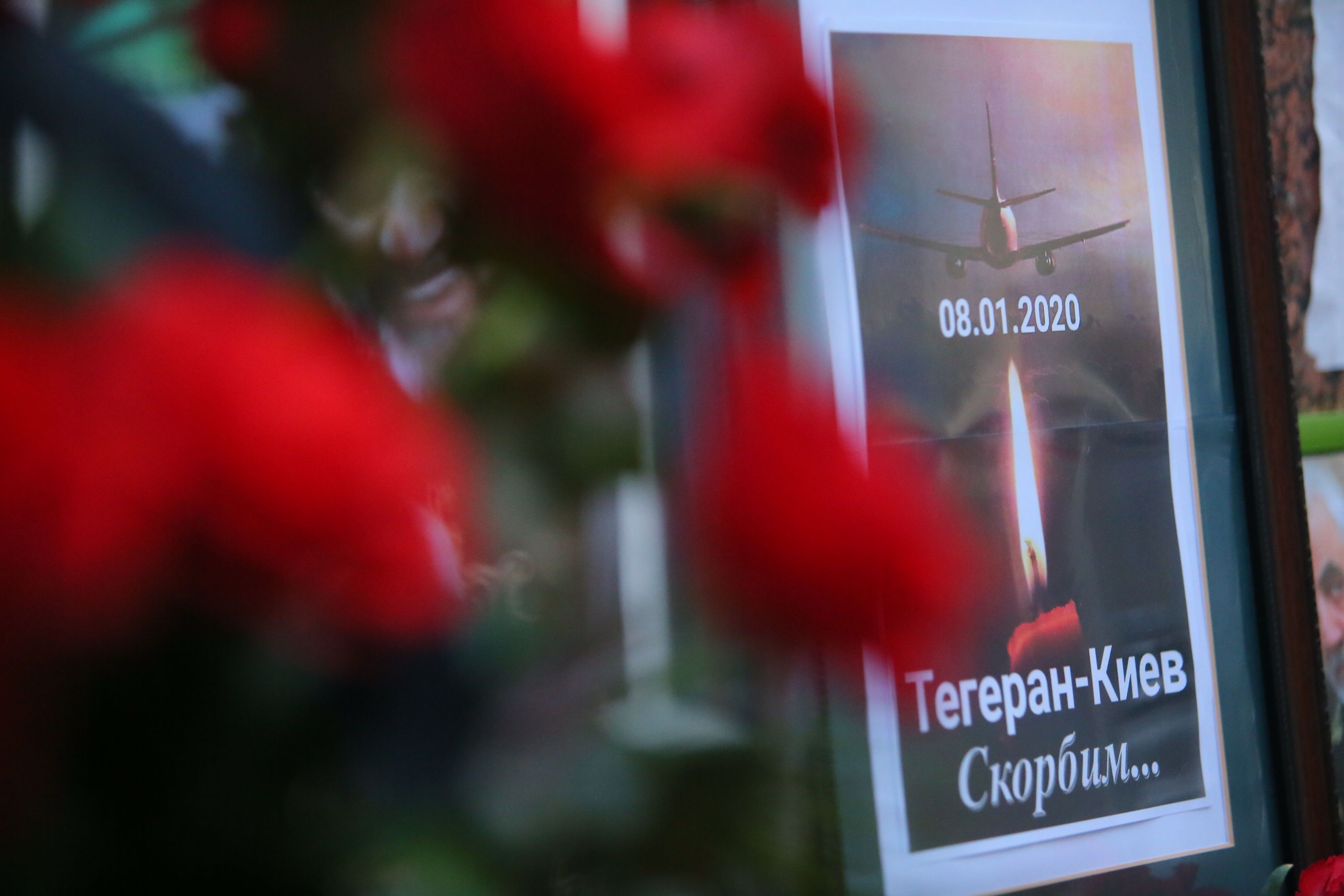 © Sputnik / Stringer
A memorial poster showing Ukrainian Boeing 737-800 plane that crashed outside Tehran, Iran, is seen outside the Iranian Embassy in Kyiv, Ukraine

Iran has cooperated with Ukrainian and Canadian authorities in investigating the downed Kiev-bounded Ukraine International Airlines Boeing, and has allowed Ukrainian and Canadian investigators to study the crash site. Tehran has also said that it considers the dual Canadian-Iranian nationals onboard the plane as Iranian citizens. Ottawa has dismissed this position as “nonsense.”

Iran’s ambassador to Ukraine said this week that Tehran may transfer the flight recorders of the downed plane to Ukraine or another country if its own efforts to decipher them fail. Canadian Minister of Foreign Affairs Francois-Philippe Champagne has urged Iran to send the black boxes to France immediately in accordance with Canadian wishes.

Iran’s air defences shot Ukraine International Airlines Flight 752 down accidentally on January 8, mistaking it for a hostile American cruise missile in the aftermath of an Iranian missile attack against Iraqi bases hosting US troops. That attack was a response to the assassination of Qasem Soleimani, the commander of Iran’s Quds Force, in Baghdad on January 3.