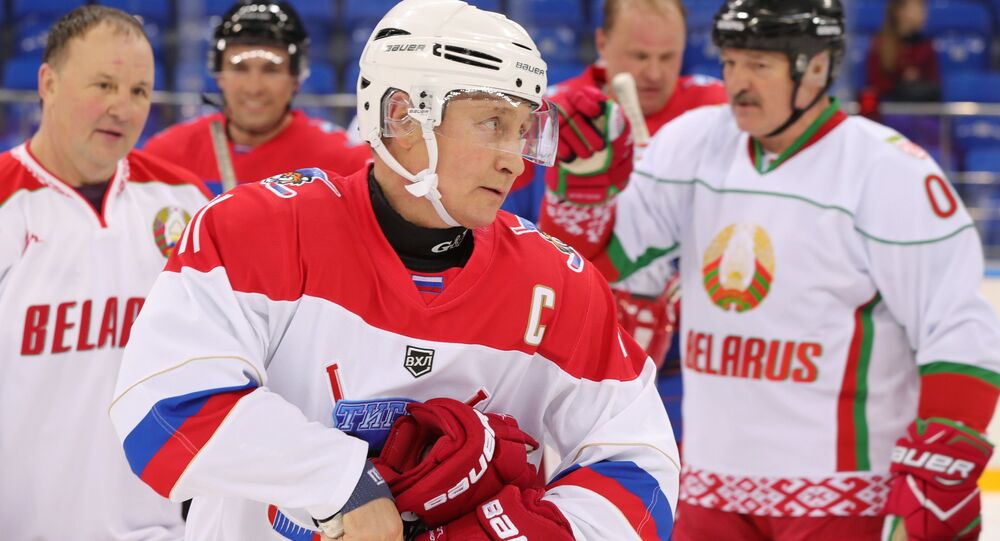 Russian President Vladimir Putin and his counterpart Alexander Lukashenko played hockey during a break from negotiations in Sochi.

Both presidents were on the White team. Lukashenko wore number 01, and Putin became the captain of the team, wearing number 11. Also, the son of the Belarusian leader, Nikolai, took part in the match.

The team of Putin and Lukashenko won, with a score of 13:4.

After the match, the presidents continued negotiations in an expanded format.

On Friday in Russia's resort city of Sochi, Alexander Lukashenko and Vladimir Putin discussed bilateral issues, including cooperation and integration within the Union State of Russia and Belarus.

The leaders' previous meeting took place last December and also focused on integration and energy issues. The presidents managed to iron out differences on issues ranging from customs to electricity, oil and gas. The meeting marked the 20th anniversary of the treaty on the creation of the Union State of Russia and Belarus.