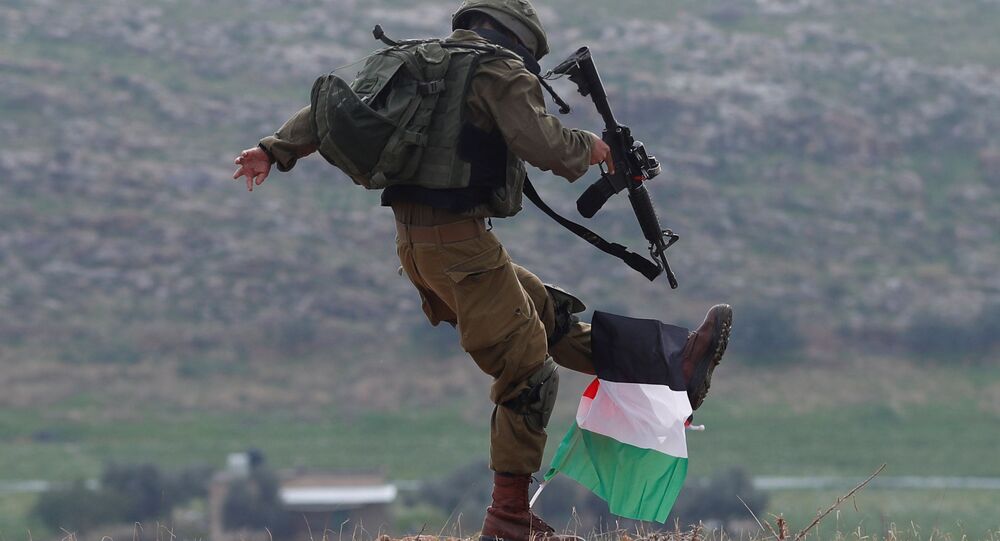 Trump’s Middle East peace deal, which was unveiled on 28 January and vehemently rejected by Palestinians, specifically stipulates that Israel extend its sovereignty over parts of the West Bank, including those located in the strategic Jordan Valley, as well as Jewish settlements there.

Israeli Prime Minister Benjamin Netanyahu has announced that he would ask the government to greenlight the extension of sovereignty over the territory in the West Bank only if he wins the 2 March elections.

Using Biblical terms for the West Bank, Netanyahu said during a campaign event in Beit Shemesh on Tuesday that “as soon as we win, we’ll apply Israeli law to all of the Jewish communities in the Jordan Valley and in Judea and Samaria”.

The remarks apparently run counter to Netanyahu’s previous pledge to start extending sovereignty over the territory immediately after the release of US President Donald Trump’s Middle East peace plan on 28 January.

After meeting with Trump, following the unveiling of the so-called ‘Deal of the Century’ plan, Netanyahu told reporters that Israel could move to extend Israeli sovereignty over the settlements as soon as 2 February.

The idea, however, was opposed by Trump’s son-in-law and senior adviser Jared Kushner, who said that the US was hopeful that Israel would “wait until after the election” in March before applying Israeli law to chunks of the West Bank containing Israeli settlements.

“The hope is that they’ll wait until after the election, and we’ll work with them to try to come up with something,” Kushner said.

He added that the two countries would need “a couple months” to create a document “that we can both feel good about”.  According to Kushner, “we would need an Israeli government in place” before moving forward with the extension of sovereignty over the territories.

His comments appeared to contradict those expressed by Knesset Speaker Yuli Edelstein, who promised last week to “fast-track” any proposed vote on the matter.

The Trump plan, which was unveiled by POTUS last Tuesday, specifically stipulates a two-state solution, including the recognition of Israeli claims to settler areas in the West Bank, the recognition of Jerusalem as Israel’s capital, and providing several neighbourhoods in East Jerusalem for a Palestinian capital.

The plan was immediately rejected by Palestinian President Mahmoud Abbas, who said that Jerusalem was “not for sale,” and that the deal would be thrown into the “garbage can of history” by Palestinians.

This was slammed by Kushner, who said that “if they don’t [accept the deal], they’re going to screw up another opportunity, like they’ve screwed up every other opportunity that they’ve ever had in their existence”.