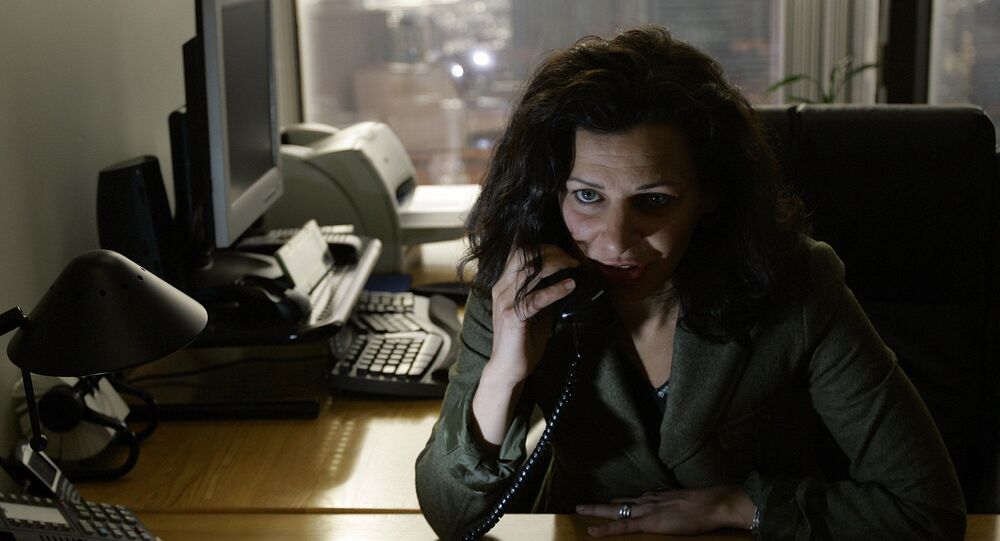 Juliette Kayyem previously came under fire after she was hired by The Washington Post where late Saudi journalist Jamal Khashoggi also worked. She eventually resigned from the newspaper after she was criticised on Twitter over her relationship with an Israeli spyware company.

Former Obama administration official Juliette Kayyem resigned as an adviser to the Israeli cyber spyware firm NSO Group in 2019 after a controversy over her role in the company, the Guardian reported on Tuesday.

“Juliette played an important role advising NSO on its governance framework, and we’re grateful for her leadership and experience during her time as senior adviser”, the newspaper cited a company statement as saying.

Kayyem, who worked as top official in the US Department of Homeland Security, was also a professor at Harvard University in Massachusetts.

She came under fire on Monday after rights groups voiced protest against the university’s move to appoint her a host of an online seminar, prompting Harvard to cancel the event which was due to focus on the safety of female journalists.

The cancellation followed officials from the Committee to Protect Journalists (CPJ) slamming Kayyem’s work for the NSO Group which is accused of using technology to target journalists and human rights campaigners.

The group is vehemently rejects the accusations, claiming that it only sells its spyware to fight crime and terror.

CPJ’s digital manager Ahmed Zidan, for his part, tweeted that Kayyem’s role at the webinar could be likened to inviting a “coal executive to talk about renewable energy”.

Earlier, Kayyem came under fire when she was hired as an opinion section contributor to the the Washington Post, which praised her as a “leading voice in her field” to help “make sense of how the US approaches its most challenging national security issues”.

Shortly after, however, she announced her decision not to accept the job over criticism on Twitter about her alleged role at NSO.

She tweeted at the time that she was working in the group to help “ensure that this technology is used appropriately and that fundamental human rights are protected and respected”.

“I still believe reasonable people can disagree on issues of our security and rights and will continue to speak and write about that”, Kayyem pointed out.

Rights activists, for their part, point to the fact that she was hired by the newspaper where the late Saudi journalist, Jamal Khashoggi, worked. They assert that NSO Group’s spyware program was used by Saudi Arabia to track Khashoggi before he was killed.

In October 2018, Khashoggi went missing after entering the Saudi consulate in Istanbul to obtain documents. Riyadh initially denied having any knowledge of Khashoggi's whereabouts but eventually admitted that the columnist was killed and his body dismembered inside the consulate.

An UN-led investigation then concluded that Khashoggi’s killing was premeditated and perpetrated by Saudi officials. The Saudi monarchy denied any role in the journalist's death, claiming that he saying he was killed in a rogue operation.

In the latest development on the case, a Saudi court sentenced five people to death for their involvement in Khashoggi’s murder. An additional three people were jailed for a combined total of 24 years. Three of the eleven people who stood trial were acquitted, including former top royal adviser Saud al-Qahtani, ex-Consul General in Istanbul Mohammed al-Otaibi and former Deputy Intelligence Chief Ahmed al-Asiri.