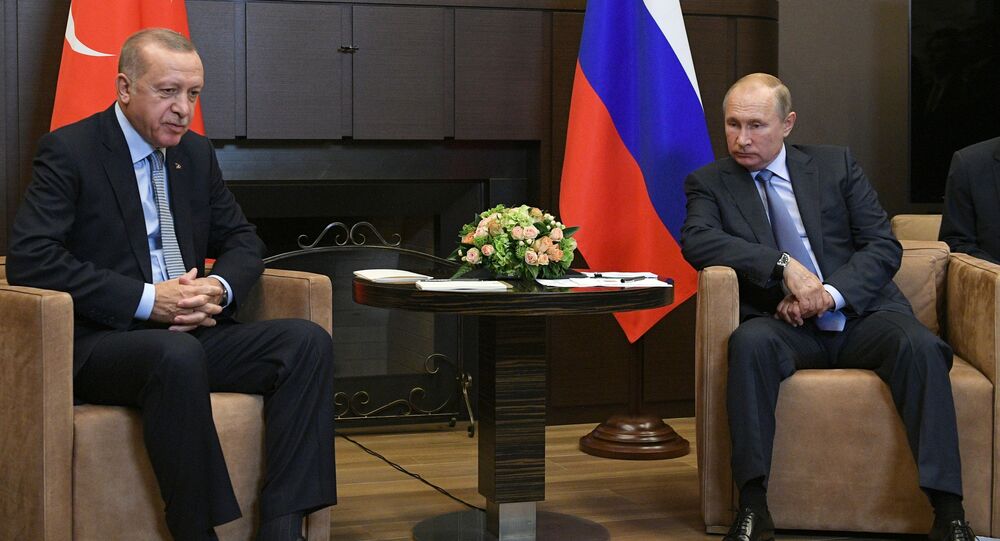 The Turkish Defence Ministry said on Monday that five Turkish military officers and a civilian staffer had been killed in an attack by the Syrian army in the province of Idlib.

Turkish President Recep Tayyip Erdogan and Russian President Vladimir Putin have held a phone conversation to discuss the recent attack on the Turkish military in Syria's Idlib, the situation in Libya and bilateral relations, Erdogan's administration said on Tuesday.

According to the Turkish president, the attack on Turkish servicemen, "who had been deployed to the region to prevent conflicts in Idlib", jeopardized the joint effort on maintaining peace in Syria.

"The president stressed that Turkey will continue using its right for protecting itself from such attacks, in the toughest manner", the Turkish presidential administration said in a statement.

The presidents agreed to implement urgent measures to boost the efficiency of coordinating their steps in Syria.

"The need has been stressed to strictly comply with the Russian-Turkish agreements on Idlib, which envision boosting common effort on neutralizing extremists", the Kremlin said.

Erdogan and Putin also touched upon the situation in Libya, and Russian-Turkish relations, according to Erdogan's administration. Concerning Libya, they noted the importance of observing a ceasefire and implementing the Berlin conference resolutions.

Idlib is one of the four de-escalation zones created in Syria back in May 2017 by Russia, Iran, and Turkey that is not under the control of the Syrian government. Since 2012, the Idlib province has been a stronghold of various militant factions, with the large portion of it controlled by the Hayat Tahrir al-Sham*, known as the Syrian branch of al-Qaeda*.