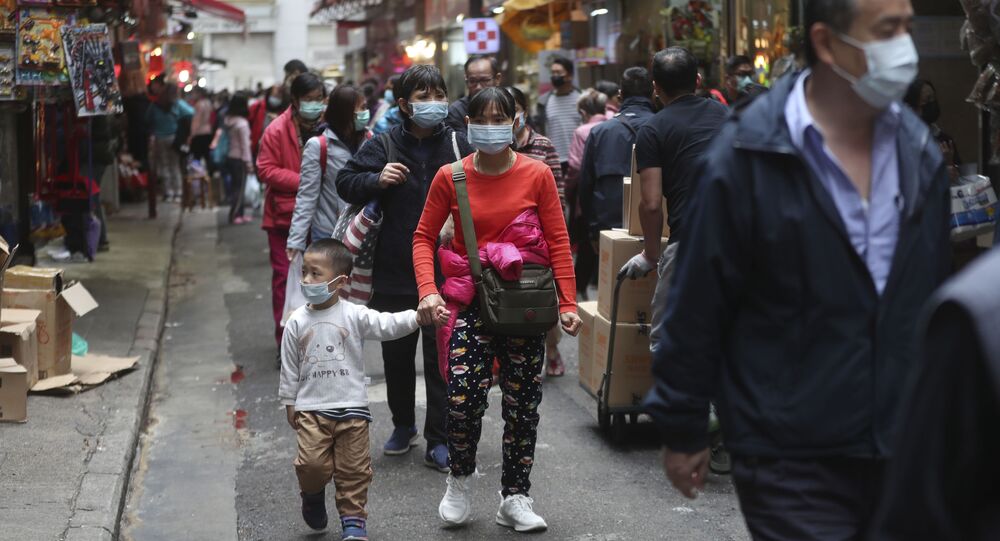 The virus originated in the Chinese city of Wuhan in December, and since then, cases of it have been registered in more than 24 countries, including the United States.

The Chinese Foreign Ministry has called on the United States not to overreact to the coronavirus outbreak and instead to work with China in combating the virus, China's People's Daily newspaper reported on Monday.

China's Foreign Ministry spokesperson Hua Chunying condemned the US for not providing "any substantial help" to China and making a fuss about the virus outbreak.

The US has so far offered no concrete help to China to fight #CoronavirusOutbreak but created chaos and spread fear by being the first to withdraw consulate staff from Wuhan, and the first to announce restrictions on Chinese citizens’ entry to the country: FM spokesperson pic.twitter.com/etlduWx5M9

The spokesperson added that despite the relatively large number of people infected, the death rate from the virus in China is rather low, only 2.1 percent, which is far lower compared to other infections like Ebola, Severe Acute Respiratory Syndrome (SARS), or Middle East Respiratory Syndrome (MERS).

Since it was identified in the Chinese city of Wuhan, Hubei province, the novel coronavirus has spread to more than 24 countries, including South Korea, Japan, Taiwan, Vietnam, Cambodia, Singapore, Malaysia, Thailand, Nepal, Australia, France, Germany, Canada, and the United States.

At least 425 fatalities have been registered in China so far, while one patient also died in the Philippines. In total, around 150 people have been infected with the new virus outside China.

Last week, the World Health Organisation (WHO) declared a global health emergency over the outbreak.