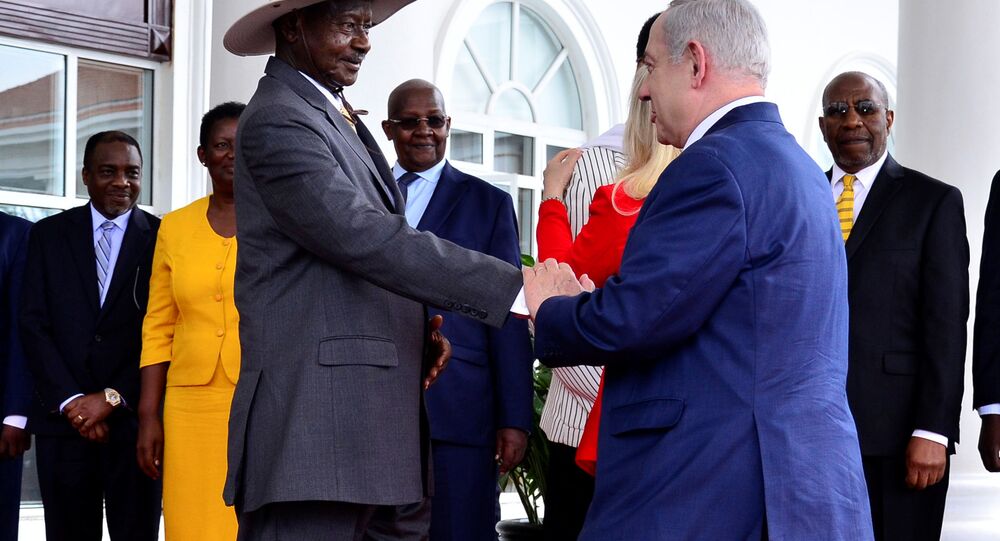 The Israeli prime minister previously stated that his country is ''returning to Africa in a big way" while he arrived in Uganda on a state visit.

Benjamin Netanyahu expressed hope on Monday that Uganda would soon open an embassy in Jerusalem, strengthening its ties with Israel.

According to the head of government, who arrived in Kampala earlier in the day, he hoped that the African country would become the third nation to do so, following in the footsteps of the US and Guatemala.

​Uganda's President Yoweri Museveni stated in response that he is considering this option.

Both Israel and the Palestinians see Jerusalem as their capital, with the city lying at the centre of their decades-long conflict; therefore, most embassies in the Jewish state are located in Tel Aviv.

However, the United States announced in May 2018 that it would relocate its embassy in Israel from Tel Aviv to Jerusalem. Guatemala followed the decision soon after, but at the moment these are the only two countries that have moved their embassies to the city.