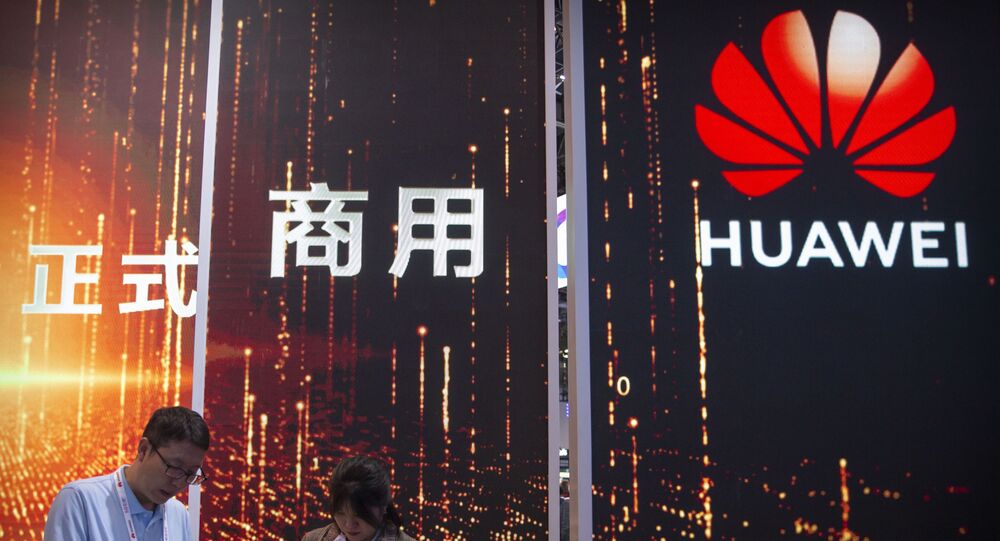 On 28 January, following a meeting of the UK’s National Security Council (NSC) with security advisors and officials, London announced that it would allow Chinese tech giant Huawei to take part in building 5G infrastructure across Great Britain, although in a limited capacity - a move that purportedly frustrated American officials.

Forty-two members of the US House of Representatives have sent a letter to the UK’s House of Commons Defence Select Committee, warning about the “catastrophic cost” of permitting Huawei to supply Britain with 5G technology and participate in building the necessary infrastructure across the country, the Daily Mail reported citing extracts from the letter.

“The UK’s willingness to unlock and open the door to the Chinese government will certainly frustrate intelligence sharing activities between our countries. We strongly urge you to exhaust all opportunities to reject or amend the legislation”, the letter was quoted as saying.

The officials also allegedly warned British MPs that even private companies in China help their government to “expand the influence of the ruling Communist Party”.

“Huawei is no exception to this strategy. Any short-term financial savings stemming from Huawei involvement in the UK’s 5G network may evaporate due to long-term costs of monitoring”, the congressmen said.

The US House of Representatives will be one among several key actors that will decide on future trade deals between London and Washington following the UK’s departure from the European Union on 31 January. Three US senators, including former 2016 presidential candidate Marco Rubio, earlier wrote another letter to the NSC, urging officials to avoid granting the Chinese company access to its sensitive 5G networks. US Secretary of State Mike Pompeo, Treasury Secretary Steve Mnuchin, and a number of other top-tier American officials also travelled to London throughout January to warn about the potential dangers of allowing Huawei in Britain’s 5G networks, but to no avail.

It was announced on Tuesday that Boris Johnson’s government would allow Huawei Technologies to participate in building the UK’s 5G infrastructure and supplying the country with the necessary equipment, despite earlier warnings from Washington that the move could potentially compromise Britain’s security and hamper intelligence-sharing between the two states.

London insisted that the world’s leading next-generation technology provider, ranked as a “high risk vendor” in the UK, would still be excluded from “core” parts of Britain’s 5G networks, such as all safety-related and safety-critical areas, e.g. military bases. What is more, a 35-percent-cap on involvement in non-sensitive parts would still be imposed on Huawei, but this did not convince US officials from the Trump administration, who were reportedly “disappointed” by the UK’s decision.

Washington has long insisted that Huawei has been conducting espionage activities on behalf of the Chinese government, despite the company’s officials strongly denying the allegations, calling them  “anti-competitive” practices.

© AP Photo / Mark Schiefelbein
Why London Didn't Follow US on Huawei
In May 2019, the US banned the telecom provider and 68 of its subsidiaries from working with American companies and called upon its allies to avoid conducting business with the firm.

In the meantime, British PM Boris Johnson, who may now face severe backlash from US officials following theNSC’s decision, which he chairs, has insisted that it was more financially beneficial for his country to allow Huawei, rather than Nokia or Sony Ericsson, in the UK’s 5G rollout, or even workout an alternative option with its transatlantic partner.