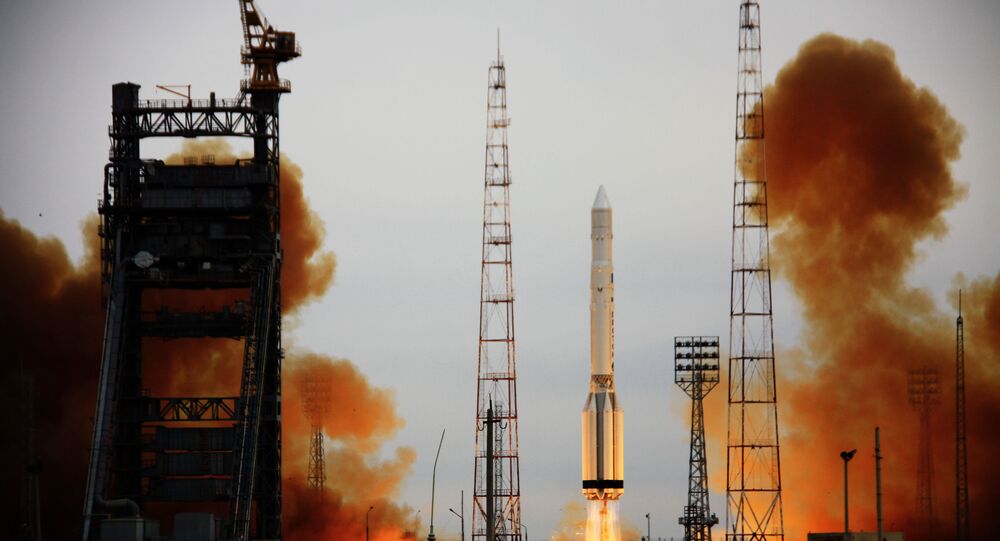 US authorities believe that some of the satellites that Moscow launched recently might have undocumented features, such as the ability to attack other spacecraft.

A graduate student at Purdue University focusing on astrodynamics, Michael Thompson, tweeted that the Russian inspection satellite Cosmos 2542 recently synchronised its movements in orbit with another spacecraft, US 245 spy satellite, operating in the same plane.

He clarified that the two spacecraft used to meet in space every 11-12 days, which is normal for them, but now the Cosmos 2542 travels more in line with US 245's orbit, although at a varying distance of between 150 and 300 kilometres.

The new orbit of the Russian satellite allows it to review the American spy spacecraft from all sides, but Thompson does not jump to conclusions, indicating that while Cosmos 2542's behaviour might seem suspicious, it does not prove anything, including malign intent.

"Any two satellites in the same plane with offset periods will have passes like this at some regular cadence. It's enough to raise suspicion, but not prove anything […] This is all circumstantial evidence, but there are a hell of a lot of circumstances that make it look like a known Russian inspection satellite is currently inspecting a known US spy satellite", he said in two separate tweets.

Thompson further noted that, in his opinion, the value of optical study, which Cosmos 2542 could perform on US 245, is probably marginal, as the latter's parameters and looks are not secret.

Still, several media outlets, such as the Drive, the Daily Beast and Verge expressed concern over the change in the Russian satellite's behaviour, questioning why it "stalks" the American spacecraft. They recalled the Pentagon's warnings that satellites could have hidden weapons. The British Daily Mail went further, claiming in its headline that the Pentagon "is worried" that the satellite could be preparing for an attack, although the US has not officially commented on the Cosmos 2542's change of course.

Cosmos 2542 satellite was launched in November 2019 from the Plesetsk Cosmodrome in Russia with the mission to inspect the state of other Russian satellites orbiting Earth.

This is not the first time a Russian spacecraft is suspected of running undeclared activities. In September 2019 C4isrnet online media outlet claimed that Russian Luch communications satellite might intercept American Intelsat 17’s transmits, as it approached US’ spacecraft. The media outlet alleged that Luch approached US satellites in this way on 17 occasions over the course of five years.