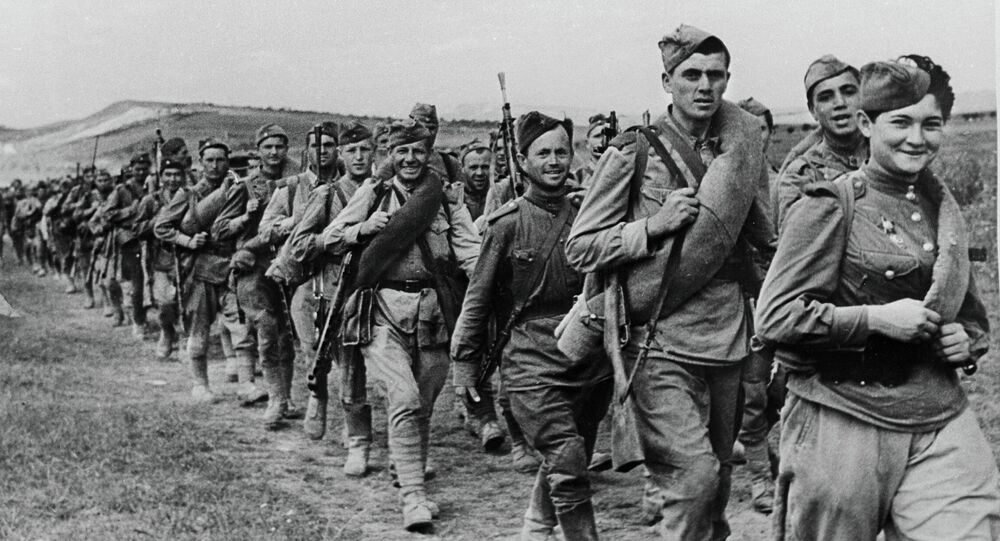 Earlier this week, during a trip to Poland, Ukrainian President Voloydymr Zelensky accused the USSR of engaging in “criminal collusion” with Nazi Germany, and claimed that the two powers’ cooperation “led to the Start of World War II and allowed the Nazis to launch” their “lethal Holocaust machine.”

“How can we evaluate statements of this kind? They are totally out of line in principle. They are an outright betrayal of the history of [Ukraine’s] own people,” Zakharova said in a briefing on Thursday.

According to Zakharova, “coming up with the idea of [placing] equal responsibility for the murderers and victims is both criminal and immoral.”

Zakharova warned that efforts to rewrite history and promote alternative narratives about World War II have been gaining momentum and reaching dangerous levels.

“We are now dealing with a real historical virus which can lead to truly fatal consequences, possibly even of a global scale,” she said. The spokeswoman added that the personal ambitions and modern-day political considerations driving these processes threaten to undermine the structures supporting the modern system of international relations which was formed after the conclusion of the Second World War.

Zakharova’s comments echoed those of presidential spokesman Dmitry Peskov, who stated earlier this week that Moscow “strongly disagrees” with President’s Zelensky’s comments about the origins of World War II. Zelensky’s position is “insulting” to the tens of millions of Russians and other people from the former Soviet Union (including Ukrainians) whose parents and grandparents who gave their lives to defeat Hitler and liberate Europe from Nazism, Peskov said.

The latest chapter in the long-running back and forth diplomatic squabble between Russia and Poland on the origins of World War II began last month when, at a meeting of Russia’s Defence Ministry Board, Russian President Vladimir Putin shared his views on efforts by some countries including Poland to rewrite the history of events before the war to blame the USSR for unleashing the conflict while taking the heat off of other European leaders’ collusion with the Nazis and their aggressive and racist agenda.

Putin’s comments prompted Warsaw to summon the Russian ambassador, and led Poland’s prime minister to release a statement claiming that the Soviet Union and Nazi Germany were factually in a “military alliance” and “cooperated closely all the time,” enabling Hitler’s conquer of Europe. Poland’s parliament has passed a formal resolution apportioning equal blame to the USSR and Nazi Germany for the start of World War II.

Nazi Germany occupied all the territory of contemporary Ukraine between 1941 and 1944, engaging in brutal war crimes against millions of Ukrainians, Russians, Jews and other nationalities in the occupied lands. An estimated 6 million Ukrainians fought in the ranks of the Red Army during the war to liberate their republic, the country, and Europe, from the Nazi menace.