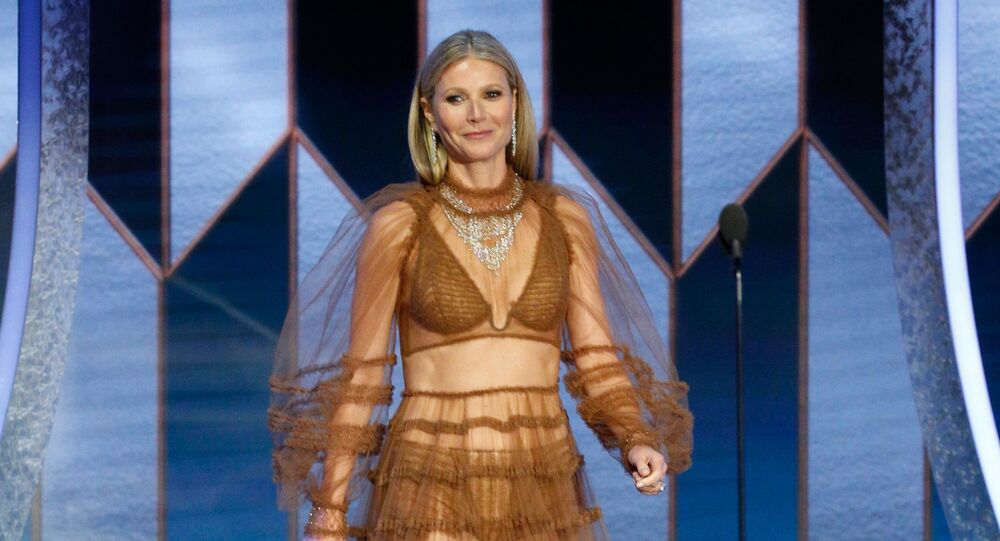 Goop's employee Elise Loehnen put in an appearance on Good Morning Britain on 29 January to defend the controversial $75 candle that actress Gwyneth Paltrow – the founder of the brand – named “This Smells Like My Vagina”.

The Goop chief content officer shared her personal impressions from the cheekily-named candle, saying it “smells amazing” and added the original idea was also to make a joke of it all, to help women deal with the “shame” they often feel towards their sexual organs.

When the employee was asked if creating the candle had been fun, she responded:

“We laughed hard and we couldn't get you one, because I think Elton John bought them all… It came from a conversation between Gwyneth and this amazing perfumer, who runs Heretic… They were making candles and she made a joke that it smelled like a vagina and the candle emerged from there.”

Elise Loehnen added: “It smells delicious, it smells amazing and that's the joke. And the idea is too, that women have so much shame around our reproductive organs - so let's make fun of it.”

Host Piers Morgan pitched in, too, in defence of the product, as he referred to the “outrage” the candle had generated: “I can imagine Gwyneth finding all the faux outrage very funny”.

“Yeah and it's really an honour, because it's part of the conversation and people enjoy what we're doing. That's one of the things that we try to push, let's have conversations about these ideas, rather than shutting people down. And sometimes she trolls people back, which is also fun.”

Speaking of the Goop wellness brand, she said: “We think that we're leading and pushing through the brush and taking some of the scratches and pushing these ideas into the mainstream.”

But some viewers of the show went on Twitter to tell a different story, and many slammed the candle as “junk”.

So finally women have a lot more power in the world- and they choose to use it by bringing out vagina candles!!! This will be on one of them throwback shows in 2030 (the best and worst of the 20s) #GMB

​The candle, described as a “blend of geranium, citrusy bergamot, and cedar absolutes juxtaposed with Damask rose and ambrette seed”, according to the product's description, “started as a joke” between perfumer Douglas Little and Gwyneth Paltrow.

As she sat down with Seth Meyers on his late night programme recently Gwyneth Paltrow was asked about how the naming of the candle came to mind.

“I was with the nose, Douglas Little, for his brand Heretic, and we were kind of messing around. And I smelled this beautiful thing, and I was like this smells like my vagina", the actress explained.

The finished product, claims the company, evolved into a “beautifully unexpected scent”.

In 2017, a consumer advocacy group filed a complaint against Goop, which is thriving and recently opened a new store in San Fransisco, accusing it of selling medicinal products with “deceptive” health claims, obliging Paltrow to pay $145,000 in civil penalties for false advertisement.