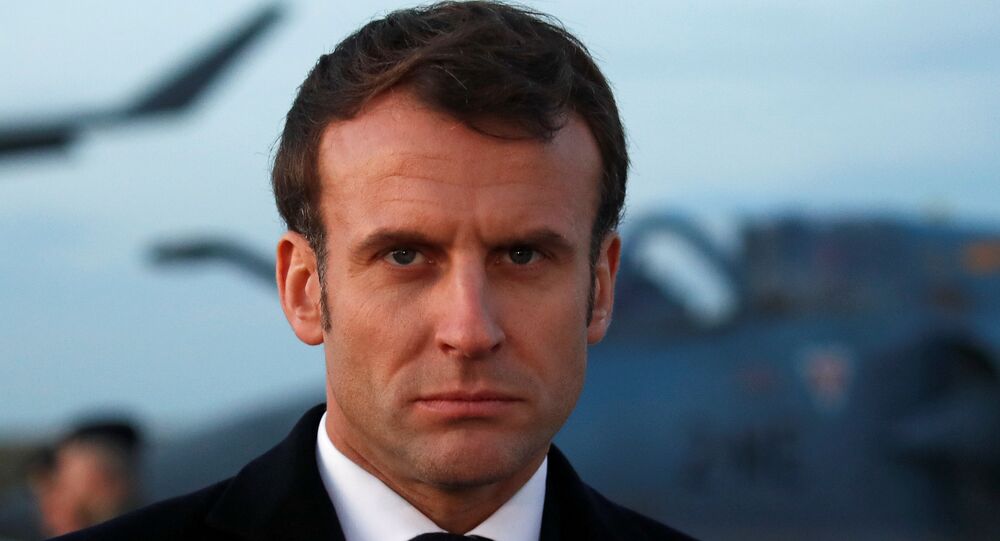 France has been a major critic of Ankara's move to deploy troops to Libya in recent weeks, calling for "the greatest restraint" to avoid escalating the decade-old conflict.

French President Emmanuel Macron has accused his Turkish counterpart Recep Tayyip Erdogan of failing to fulfil his obligations regarding Libya.

"This is a clear violation of what President Erdogan pledged to do at the Berlin conference; it is failure to keep his word," Macron said.

Earlier this month, officials from Turkey, Egypt, Russia, the United States, the European Union and the African Union met in Berlin, Germany to discuss the long-running civil war in Libya, urging both the Tripoli-based Government of National Accord and the Tobruk-based House of Representatives backed by Field Marshal Khalifa Haftar's Libyan National Army to freeze hostilities and start peace talks. Participants called on the UN Security Council to impose sanctions on any party which violates the ceasefire arrangements.

Haftar reportedly refused to sign the ceasefire agreement and left without warning. Earlier, the Moscow talks on intra-Libyan peace, in which officials from Russia and Turkey took part, similarly failed to produce an agreement.

Another round of Libyan crisis settlement talks is expected to occur in Berlin next month.

Haftar's Libyan National Army has been carrying out an offensive to seize Tripoli since last April, but with limited success. In mid-January, the Turkish government announced that it would be deploying troops to support the GNA government in accordance with a treaty on military cooperation. The Tobruk-based government blasted what it called Turkey's attempt to "intervene in Libya's domestic affairs," and vowed to continue its "war against terrorism and extremism...until all armed groups are expelled and the entire country of Libya has been liberated."

A unit of Turkish special forces arrived in Tripoli on January 17. Since then, regional and international media have reported that Turkey has engaged in the transfer of mercenary fighters out of Syria to Libya using its naval resources.

Once one of the wealthiest and highest-developed countries in Africa and the Middle East, Libya degenerated into a civil war in 2011 when militants inspired by the so-called 'Arab Spring' series of regional protests took up arms against long-time Libyan leader Muammar Gaddafi. Supported by NATO air power, the militants eventually defeated and executed Gaddafi, multiple members of his family and members of the government. The country has been a failed state rife with competing militias, criminal gangs and terrorist groups, and a major source of illegal immigration to Europe ever since.