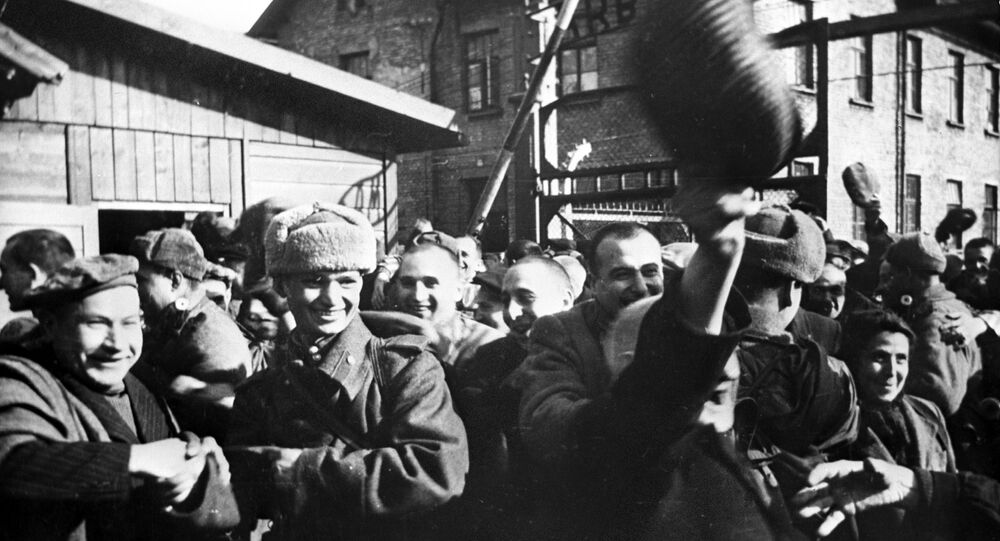 Earlier, German news magazine Der Spiegel apologised for making the “extremely embarrassing mistake” of claiming that US troops liberated the notorious death camp in Poland from the Nazis in 1945.

The US Embassy in Denmark sparked a furor online after “inadvertently” stating that US troops freed the Auschwitz-Birkenau concentration camp in southern Poland. In a tweet commemorating the anniversary of the camp’s liberation on Monday, the Embassy wrote that “75 years ago, American soldiers liberated the Auschwitz-Birkenau camp,” wrapping up the tweet with the hashtag “#WeRemember.”

Soon, angry social media users took the Embassy to task, with one user writing “No, you don’t remember. Let’s refresh your memory” and posting photos of Soviet troops as they entered the death factory. Others began recalling the events as they took place.

No, you dont remember.
Let's refresh your memory.
#WeRemember pic.twitter.com/2FzGCb9Rty

The first in the camp complex to be liberated was Auschwitz III, the IG Farben camp at Monowitz; a soldier from the 100th Infantry Division of the Red Army entered the camp around 9 am on Saturday, 27 January 1945.

The 60th Army of the 1st Ukrainian Front (also part of the Red Army) arrived in Auschwitz I and II around 3 pm. They found 7,000 prisoners alive in the three main camps, 500 in the other subcamps, and over 600 corpses.

Some users accused the Embassy of engaging in “#FakeNews”, with one angrily writing that “comics and reality are mixed in your head.” “Watch less Hollywood films,” another user suggested.

The Red Army actually. Comics and reality are mixed in your head.

Remember: Americans also won the Battle of the Teutoburg Forest, killed all the dinosaur terrorists (for future oil) and heroically prevented the burning of Rome! #neverforget pic.twitter.com/KZeSCSc2YG

The Embassy eventually issued a clarification, stating that they had “inadvertently” written that the camp was freed by US troops. “It was of course liberated by Soviet troops. We acknowledge the important contributions of all Allied Forces during WWII and remember the 6 million Jews who perished in the Holocaust,” the Embassy tweeted. It did not take down the original tweet.

Yesterday, we inadvertently wrote that US troops liberated Auschwitz-Birkenau. It was of course liberated by Soviet troops. We acknowledge the important contributions of all Allied Forces during WWII and remember the 6 million Jews who perished during the Holocaust.

The second tweet too was soon flooded with criticism, with users suggesting it was “beyond embarrassing” that there seemed to be “no professionals working in our embassy in Denmark.” One incensed user asked whether “the 26 million Soviets who died fighting Nazism” deserve any ‘recognition, remembrance or respect’ as well.

Hard to believe a former real estate agent given an ambassadorship for cash with a penchant for kicking subject-matter experts out of conferences would’ve made a mistake like this.

Are there no professionals working in our embassy in Denmark? This is beyond embarrassing.

WWII history according to U.S. Embassy Denmark before January 28th

And the 26 million Soviet’s who died fighting nazism? Don’t they deserve recognition/remembrance/respect?

Earlier this week, German news magazine Der Spiegel issued an apology over a tweet which similarly claimed that US troops had freed Auschwitz during World War II.

Auschwitz-Birkenau was the largest of a vast network of death camps established by Nazi Germany during World War II, with up to 1.1 million people killed at the infamous facility, among them Jews, Gypsies, Soviet prisoners of war, Poles, homosexuals, and others whom the Nazis considered ‘undesirable’. Most of these facilities were situated in modern day Poland, whose liberation cost the Red Army an estimated 600,000 lives. More than 200 Soviet troops were killed in the campaign to free Auschwitz.