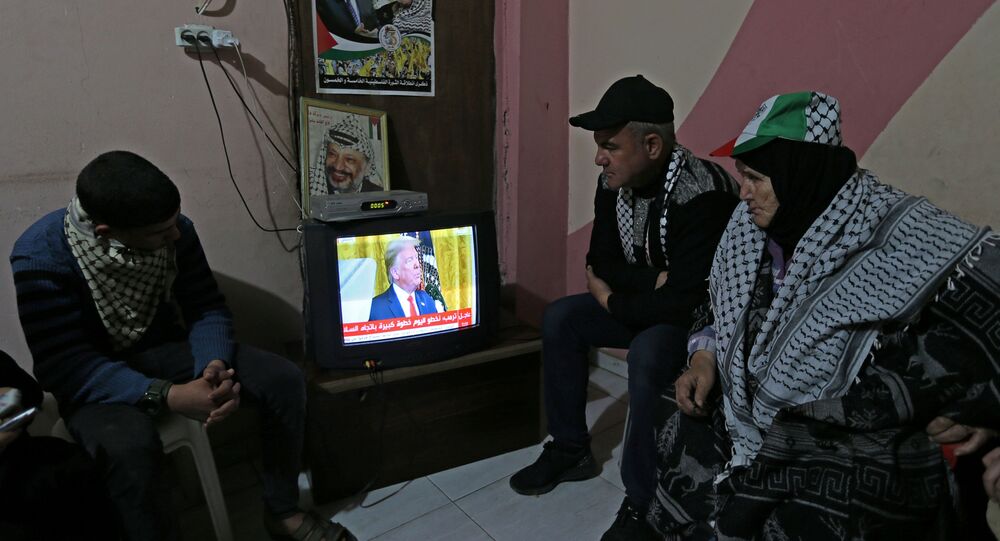 The Art of the Deal: Will Russia Back Trump's Plan for Israeli-Palestinian Conflict Settlement?

Russia signaled it may take a closer look at U.S. President’s Donald Trump’s ‘deal of the century’ once it is published, softening its original stern opposition to the peace plan.

Russia’s Foreign Minister Sergei Lavrov said on Tuesday that if the earlier leaks of details of the announced peace plan were true, the plan offers a "completely new approach to problem resolution between Israel and Palestine".

Lavrov said that the Palestinian stance should also be taken into account, adding that Russia did not know the details of the initiative.

"Undoubtedly, I would like such a plan to be analysed by the quartet of international mediators - a mechanism that has rarely been implemented in recent years", the minister said referring to the negotiations format which includes the United Nations, the United States, the European Union and Russia.

The 'deal of the century' is a US plan to settle the Israeli-Palestinian dispute. Washington began working on the initiative three years ago, with Trump's adviser and son-in-law Jared Kushner leading the effort. Little is publicly known about the plan except for a $50 bln initiative to invest in Palestinian territories with most of the money coming from the U.S. and its Gulf allies.

Previously, Russia was skeptical about the plan saying that the plan violated international laws while existing formats for negotiations have proven effective and should have a priority.

"This is an example of how international law in the form of UN Security Council resolutions is replaced by rules engineered by the United States because they seem convenient to them", Lavrov said in November 2019.

But Lavrov’s new wording suggests that Russia is willing at least to discuss the plan, provided there is good will on all sides of the conflict with Russia playing a substantial role in negotiations.

Russia has been playing a growing role in the Middle East, maintaining good relations with countries which are often at odds with each other. Russia won respect from many Arab nations for its role in the conflict in Syria. It is also the key contributor to the peace process in Libya.

Once the full text of the plan is published its implementation hinges on Russia willingness to cooperate and use its substantial influence in the Middle East.