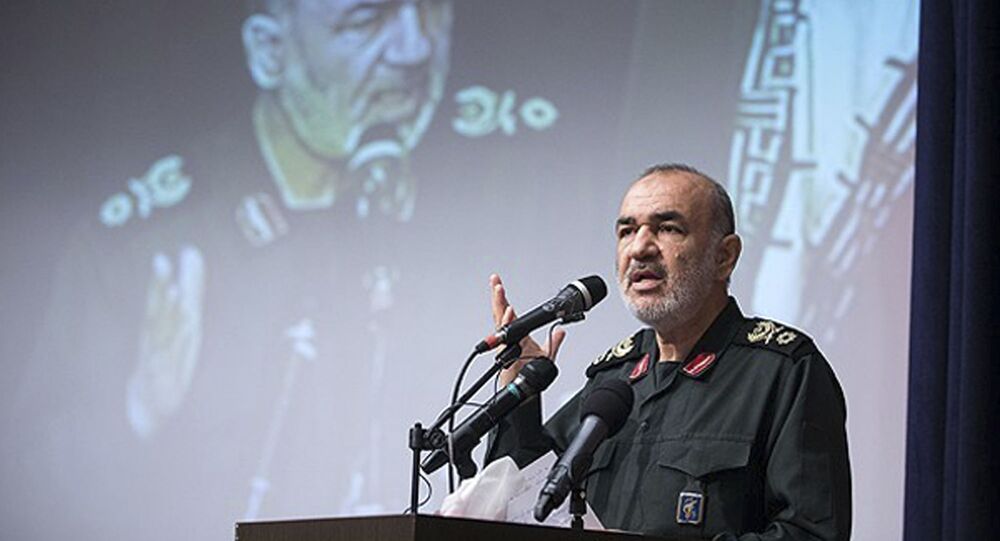 Commanders of US forces and their allies would not be safe from retaliation anywhere in the world if the Trump administration continues to threaten Iranian commanders, Islamic Revolutionary Guard Corps Chief Maj. Gen. Hossein Salami has warned.

“Let the Americans, the Zionists and others know that none of their commanders will be safe if they threaten Iranian commanders [with] assassination,” Salami said, his remarks cited by the Tasnim News Agency.

“Those who have threatened our commanders with assassination will certainly regret what they said, if they remain alive,” Salami added. Noting that Iran’s enemies have already faced “painful consequences” for the January 3 assassination of Gen. Soleimani, the IRGC chief warned that they would face “crushing and continuous” blows if any more Iranian commanders were slain.

“The US regime, the Zionist regime, and the regimes allied with and relying on them are basically terror regimes, a reality they now have to admit,” Salami said. According to the IRGC commander, the US has resorted to assassination out of failure to achieve their aims. “For instance, when they failed in their attempts to deprive Iran from nuclear technology, they assassinated our nuclear scientists,” he argued.

Last week, senior US representative for Iran Brian Hook warned that Brig. Gen. Esmail Ghaani, successor to Gen. Soleimani as commander of Iran’s Quds Force, would be assassinated if he “follow[ed] the same path of killing Americans” as his predecessor supposedly had. According to Hook, the Iranian “regime” had come to understand clearly “that they cannot attack America and get away with it.”

Commenting on Hook’s remarks, Iranian Foreign Ministry spokesman Abbas Mousavi accused the US of engaging in “state terrorism,” and called on the international community to condemn Washington’s “brazen remarks and terrorist acts,” saying “the continuation of this trend would sooner or later befall everyone.”

Soleimani was killed in Baghdad on January 3 in a US drone strike. Before his death, he served as commander of Iran’s elite Quds Force for over two decades. During this period, his forces targeted Osama bin Laden and al-Qaeda* in Afghanistan, and assisted the Syrian and Iraqi governments in their campaigns against Daesh (ISIS).*