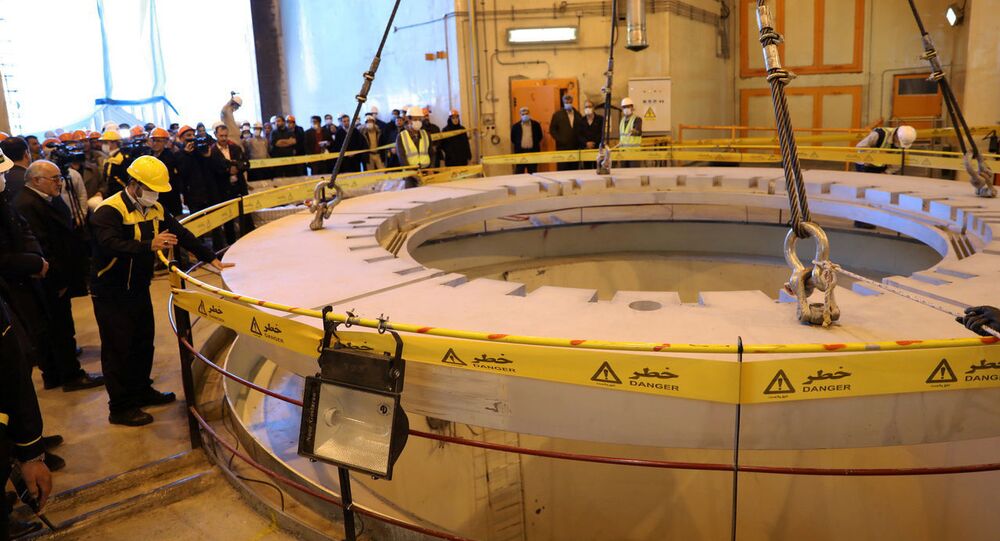 Earlier this month, Iran's Foreign Minister Mohammad Javad Zarif said that if Iran's nuclear issue is referred to the United Nations Security Council then Tehran will quit the Non-Proliferation Treaty.

The parliament of Iran has introduced a motion for the country to quit the Treaty on the Non-Proliferation of Nuclear Weapons (NPT), the parliament's news site ICANA reported.

The report does not say when parliament is going to vote on the motion.

However, the final decision on Iran's nuclear policy will be made by the country's spiritual leader Ayatollah Ali Khamenei.

Earlier this month, Iran's Foreign Minister Mohammad Javad Zarif said that if the issue of Iran's nuclear programme is referred to the UN Security Council, Tehran would withdraw from the NPT.

Zarif's announcement came in response to a decision previously made by France, Germany and the UK to launch the Dispute Resolution Mechanism within the Joint Comprehensive Plan of Action (JCPOA) after what they described as Tehran's "failure to comply with its commitments under the deal."

On 5 January, Tehran said that it was rolling back its commitments under the JCPOA following the killing of its top military commander Qasem Soleimani in a US drone strike at the Baghdad airport.