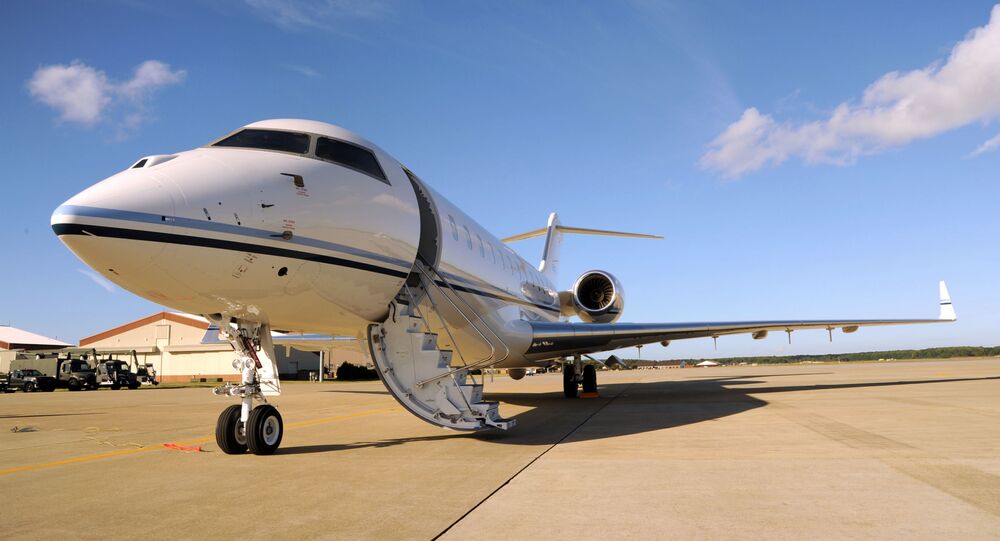 Earlier on Monday, conflicting reports emerged about a plane that crashed in Afghanistan’s Ghazni province. Later, the Taliban confirmed that a US aircraft had crashed in Ghazni, without specifying the cause of the incident.

US Air Force Chief of Staff General David Goldfein has confirmed that the country has lost one of its Bombardier E-11A communications network aircraft in Afghanistan. He didn't elaborate on the cause of the crash and said no information on casualties was available at the time.

"It appears we have lost an aircraft. We don't know the status of the crew", Goldfein stated.

US military spokesman Sonny Leggett, in turn, stated that there is no indication that the plane was downed by enemy fire and that an investigation into the incident is ongoing.

A U.S. Bombardier E-11A crashed today in Ghazni province, Afghanistan. While the cause of crash is under investigation, there are no indications the crash was caused by enemy fire. We will provide additional information as it becomes available.

The province of Ghazni, where the aircraft crashed, is largely controlled by the Taliban, which earlier reported that a US aircraft on an "intelligence mission" had crashed there. The movement later reported that an American military helicopter had been downed near Sharan, the capital of Paktika province, but US military spokesman Sonny Leggett denied that "additional aircraft have crashed".

The Bombardier E-11A is one of two components in the Battlefield Airborne Communications Node – a technology that is designed to provide military forces on the ground and in the air with real-time information about the situation on the battlefield and enable communications between units, even in the most difficult terrain, such as mountains.