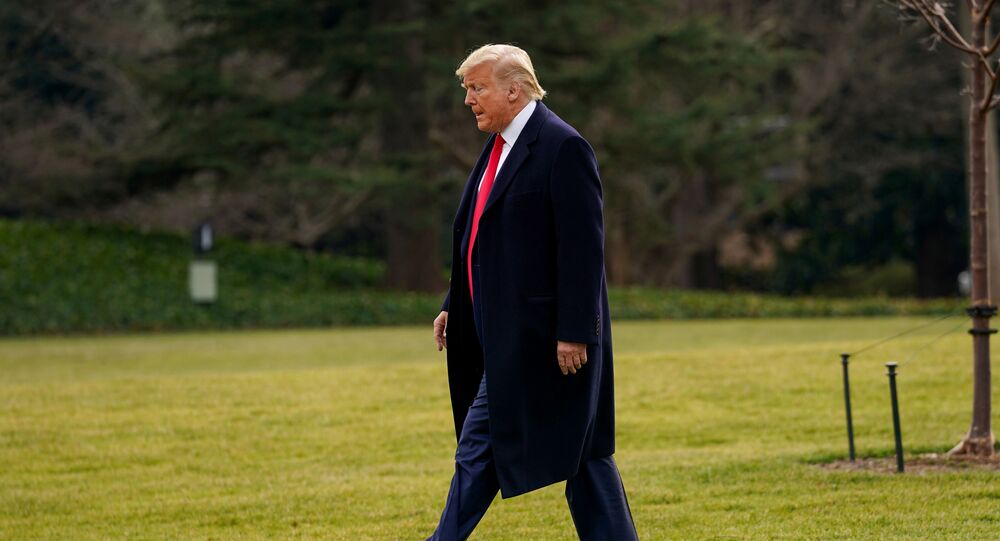 Tweeting in Farsi, Trump Says US Will Not Remove Sanctions to Negotiate With Iran

The already tense relationship between the United States and Iran deteriorated further after Iran's top military commander Qasem Soleimani was killed in the US targeted attack on the Baghdadi international airport in early January. Iran retaliated with airstrikes on the US military facilities in Iraq.

US President Donald Trump has said the United States will not remove sanctions on Iran in exchange for Tehran's readiness to negotiate, in what was a repeat of his earlier Tweet, but this time in Farsi.

Iran's Fars News agency also reported that its website was blocked by OFAC and the agency's inclusion in its Specially Designated Nationals (SDN) list.

The United States has repeatedly vowed to continue economic pressure on Iran, insisting that the country should "change its behaviour", as US Secretary of State Mike Pompeo has reiterated in a series of tweets recently.

Maximum pressure on the Iranian regime will continue until its behavior changes. Today we imposed sanctions against China, Hong Kong, and UAE-based entities for operating in Iran’s oil and petrochemical sectors. If you facilitate this regime's activities, you will be sanctioned.

On 5 January, Iran announced it will no longer comply with the limits of the 2015 nuclear deal, dubbed the Joint Comprehensive Plan of Action (JCPOA), but Iran's President Hassan Rouhani said that Tehran would still not seek nuclear weapons.