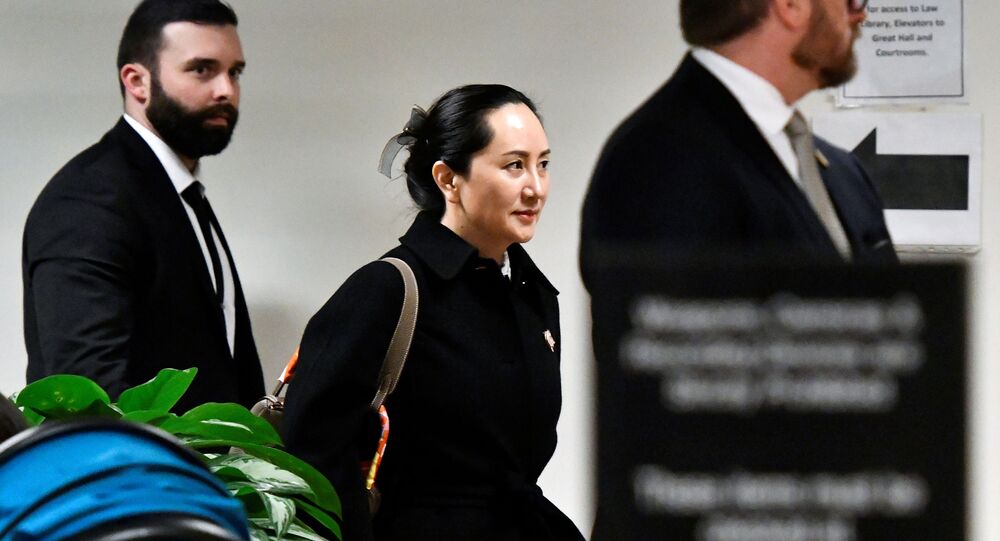 The first part of the court battle ended on 24 January after four days of hearings. Meng’s lawyers insist that double criminality is a key element in the case. Under Canadian law, a person can be extradited to another country only if an act he or she committed is considered illegal in Canada, therefore Meng’s lawyers believe that she is innocent.

Lawyers for Huawei’s chief financial officer Meng Wanzhou have called the court case on her extradition to the United States an embarrassment to the Canadian judicial system, challenging the prosecution's claim that her actions constitute a crime in Canada. Concluding the first part of the extradition case Meng’s defence team said the US accusations against her is an attempt to "dress up a sanctions-breaking complaint as a case of fraud".

"The court is being embarrassed. There can be no fraud here because all risk to HSBC is based on underlying sanctions risk which cannot exist in Canada", Fenton told the judge noting that the case is premised on US sanctions against Iran that were not imposed by Canada.

Meng Wanzhou, who is the daughter of Huawei founder Ren Zhengfei, was arrested in Canada in 2018 at the request of the United States, who accuses Meng of violating sanctions against Iran by defrauding the bank HSBC. She denies the accusations and claims she is innocent.

Meng’s lawyers based their defence on a double criminality requirement, under which a suspect can be extradited to another country if an act he or she committed is illegal in Canada. Meng’s lawyers stressed that since Canada lifted banking sanctions on Iran in 2016 her actions do not constitute a crime and she must be released.

Robert Frater, lead government lawyer representing US interests said: "Ours is not a complex theory of this case. Lying to a bank in order to get economic services is fraud". Prosecutors also argued that the case is not solely based on US sanctions against Iran arguing the judge must ensure that Canada "doesn’t become a safe haven for fraudsters".

Meng’s lead lawyer Richard Peck said the case against the Huawei official is political and called the fraud accusation “fiction”.

Meng’s arrest on 1 December 2018 came amid a US trade war with China and Washington’s accusations that the Chinese giant posed a risk to national security. The Trump administration claimed that Huawei is spying on its customers at the behest of the Chinese government, a claim Beijing and the telecom company denies. The accusations prompted intense debates about whether the world’s second largest phone maker should be allowed to develop 5G network systems across the world.

Beijing called Meng’s arrest political victimisation. Shortly afterward Chinese authorities detained two Canadian citizens in December 2018 accusing them of espionage in what US mainstream media called a tit-for-tat move. Beijing denied that their arrest was tied to Meng’s case and said the two men were gathering state secrets and then provided them to foreign forces.