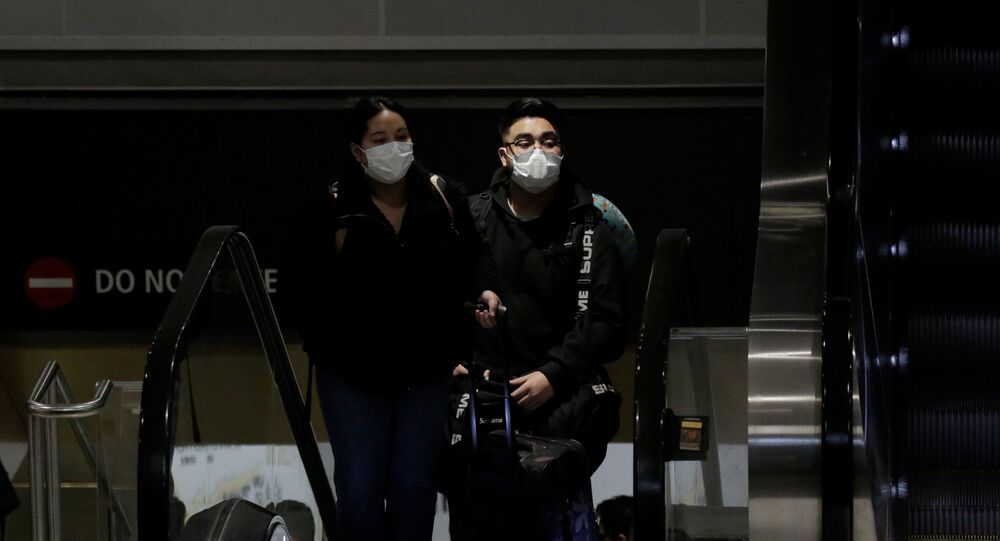 The spread of a deadly virus known as the novel coronavirus by health authorities has already resulted in 883 confirmed cases of people being infected and 26 cases of lethal outcome. Although all coronavirus-related deaths were previously those of elderly people, authorities confirmed on Thursday the death of a 36-year-old male.

The Chinese disease prevention authorities published on Friday electron microscopic images of the novel coronavirus, which has already claimed the lives of 26 people and has managed to spread beyond China.

​At the same time, the Wuhan University People’s Hospital has released an updated version of their guidelines on how to identify a patient infected with the new strain of coronavirus.

The guidance urges medical personnel and the general public to be aware of other "hidden signs" of infection that are not restricted to symptoms related to the respiratory system.

According to the updated information, several patients have exhibited completely different symptoms, including vomiting, diarrhoea, fatigue, and nausea. Some only showed signs of a headache at first, while others suffered from conjunctivitis.

© REUTERS / Stringer .
Two More Cases of Coronavirus From China Reportedly Confirmed in Singapore
The virus, which was first detected in Wuhan in late December, has already killed 26 people and infected more than 880 others in China. Amid the outbreak of the virus, several Chinese cities have been put on lockdown, while Beijing has decided to suspend all festivities for the Chinese New Year.

Confirmed cases of the coronavirus have also been recorded in the United States, South Korea, Japan, Vietnam, Singapore, and Thailand. However, the World Health Organisation said on Thursday that it was too early to declare a global emergency.