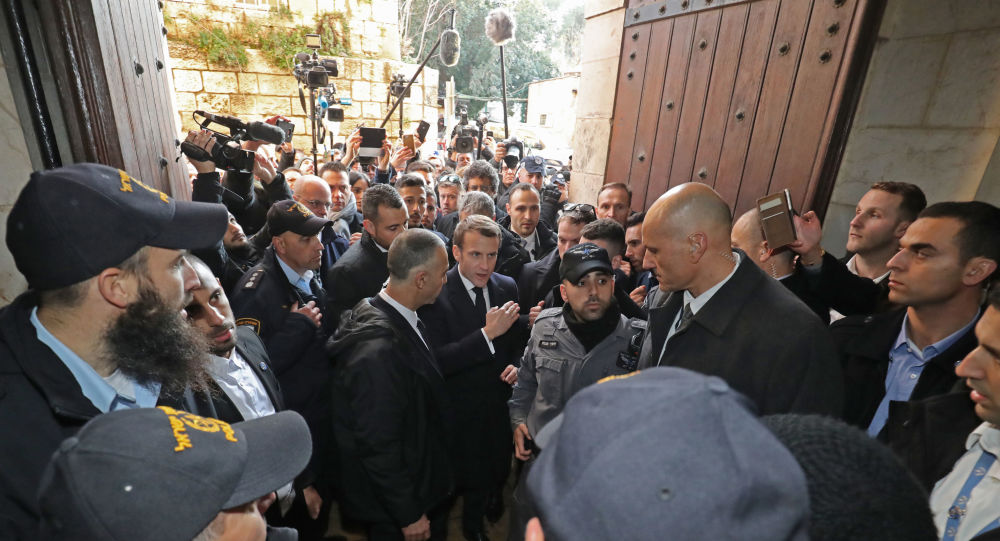 Macron Explains What Caused Him to Blow Up at Israeli Police

The French president’s visit to Israel to attend an international Holocaust commemoration event got off to a rocky start on Wednesday, after he was caught on camera flying off the handle at his Israeli security detail.

French President Emmanuel Macron has provided an explanation for what caused him to become testy with Israeli police during his visit to the Church of Saint Anne, indicating that he did not appreciate their haughty attitude.

“There was a moment of nervousness between the security teams,” Macron said, speaking to BFM TV.

“It was up to me to put things in order by re-explaining what the rules are, because France has so few domains, and the Saint Anne Church is one of them,” he added.

Macron praised the work carried out by his Israeli security personnel, reporting that “everything was very calm” during his walk through the streets of Old Jerusalem, but insisted that their jurisdiction ended “at the gates of Saint Anne. This is [where] French security takes over,” he explained.

Earlier, the French president was caught on camera arguing with Israeli police officers, raising his voice and gesturing to them about “the rules,” and telling one officer that he “didn’t like” what he did in front of him, asking him to leave the premises.

The incident took place at the Church of Saint Anne, an ancient medieval Catholic Church in the Muslim Quarter of the Old City of Jerusalem that’s been under French administration since the 19th century. Macron’s verbal altercation with his security detail was reminiscent of a similar incident from 1996, when President Jacques Chirac threatened to board his plane and cancel his official visit unless his police detail didn’t stop pestering him outside the church.

Israeli police later claimed in a statement that Macron had apologised for losing his cool, but French officials told media that this wasn’t true.