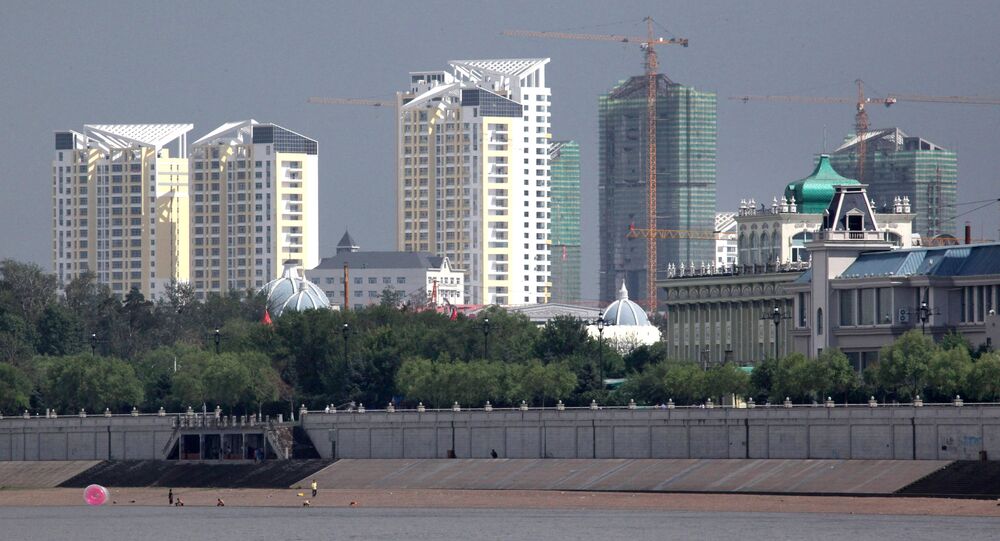 You Shall Not Pass! Russian Border City to Limit Access to China Due to Coronavirus Outbreak

The virus has also been registered in the United States, Hong Kong, Taiwan, South Korea, Thailand, and Japan.

The Russian city of Blagoveshchensk located on the border with China in the Amur Region will limit access to country amid a coronavirus outbreak. In particular, it will suspend cultural exchange and official visits to the country during the outbreak of the deadly coronavirus. The corresponding order was given by Blagoveshchensk Mayor Valentina Kalita and was reported on Instagram by the city's administration.

In crowded places, enhanced control over the wearing of masks will be carried out and particular attention will be paid to retail outlets and entertainment areas.

“It is necessary to intensify public awareness about preventive measures for viral respiratory diseases,” the mayor added.

Earlier, the Governor of the Amur Region Vasily Orlov called on residents to abandon trips to China. The Governor of the Penza Region Governor Ivan Belozertsev later mentioned the the same initiative. Residents of large cities have been told to avoid contact with Chinese tourists.

Blagoveshchensk is bordered by China's Aihui district. They are separated by the Amur River. There is a visa-free regime between the Russian and Chinese cities.

According to the latest data, more than 570 cases of the disease have been confirmed in 25 Chinese provinces, and 17 people have died. In addition to Hong Kong and China, the virus has also been registered in the United States, Macau, Taiwan, South Korea, Thailand, and Japan.