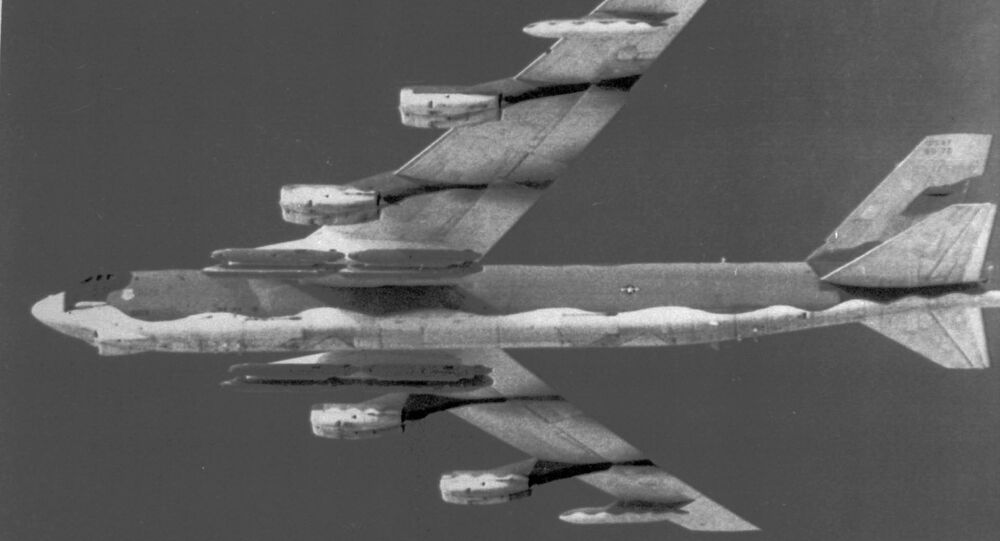 Greenland, the autonomous island territory within the Kingdom of Denmark, made international news last summer after US President Donald Trump publicly hinted US interest at buying the island, an idea which Copenhagen dismissed as “absurd.”

This week marks the 52nd anniversary of the January 21, 1968 crash of a B-52 Stratofortress bomber in northwestern Greenland.

The plane, carrying four B28FI hydrogen bombs, slammed onto sea ice in North Star Bay, about 600 km northeast of Canada’s Baffin Island, detonating the conventional explosives on board and causing the hydrogen bombs to break up and spew radiation across 22 square miles (about 35 km) of ice and snow.

Notwithstanding a massive cleanup operation, in which US, Danish and Greenlander workers managed to find much of the debris and three of the bombs, one of the B28FIs was never found. In 2006, Denmark’s Jyllands-Posten newspaper reported that the lost H-bomb and its payload could still be present on the seabed off the nearby Thule Air Base.

Adding insult to the injury caused by the incident is the fact that the US has refused to apologize to Denmark or Greenland for the incident over these past 50+ years, even though at least 410 of the workers engaged in the cleanup operation are thought to have died of various cancers by 1995. Washington has declined to provide Greenlandic workers involved in the cleanup operation with any form of compensation. A group of nearly 200 of the workers took the US to court in 1987, but lost. The Danish government ended up paying 1,700 workers 50,000 kroner (equivalent to about $11,000 US, accounting for inflation) apiece in 1995. Surviving workers launched a second legal battle, this time against their own government, in 2007, but lost that case too, with the government arguing that there was no clear link between their exposure to the nuclear cleanup and any increase in long-term health problems.

Amazingly, the Thule incident was not the only time the US unintentionally contaminated a chunk of Greenland with nuclear waste. In 2016, academics sounded the alarm after melting ice partially uncovered Camp Century, a top secret US military facility in northwest Greenland established in 1959 and containing a sub-glacial nuclear reactor. The US established the facility notwithstanding the Danish government’s explicit policy barring nuclear-related activities on its territory. Now, scientists fear that if global warming continues to melt local ice, some 20,000 litres of chemical waste, including radioactive coolant and polychlorinated biphenyl, along with 25 million litres of biological waste, could be released into the surrounding environment starting later this century.

US President Trump offered to buy Greenland from Copenhagen last summer, with Danish authorities dismissing the idea outright. However, in November, the Kingdom’s intelligence service put the island at the top of its list of security concerns.