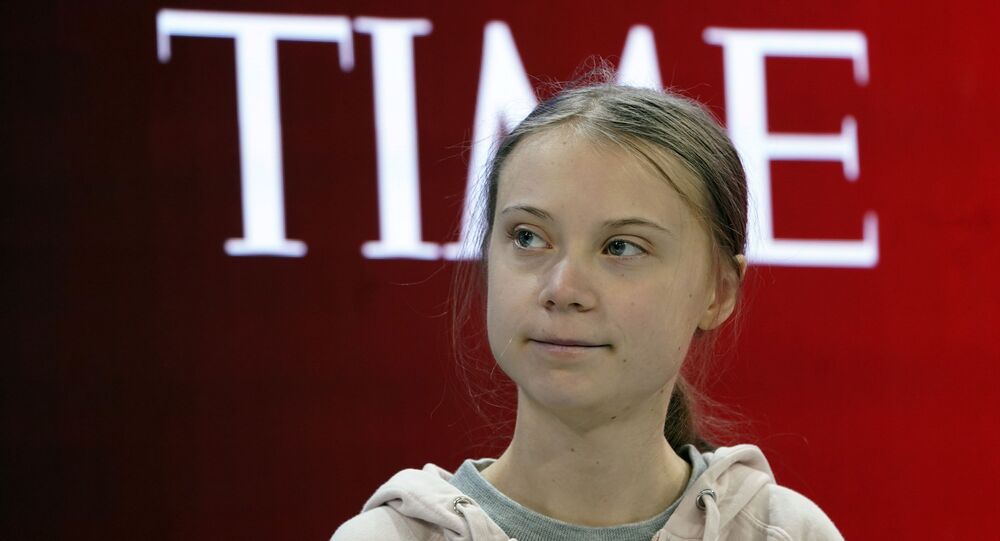 Trump at Davos: 'Greta Thunberg Beat Me Out on TIME Magazine'

Donald Trump has attacked Greta Thunberg in the past for her protesting about a lack of international action on climate change. Their feud escalated last month after the Swedish teen eco-warrior beat him to be named Time's Person of the Year.

US President Donald Trump said he would have loved to have heard Greta Thunberg speak in Davos, which is hosting the World Economic Forum this week.

“I would have loved to have seen her,” Trump told reporters on Wednesday while defending the US record on environmental protection and adding that Greta “ought to focus” on the countries that emit more planet-warming greenhouse gas. The United States is estimated to be the world's second-biggest carbon polluters, trailing only behind China.

Thunberg, 17, did appear in Davos on Tuesday, repeating her mantra before a panel of young climate scientists that humans are running out of time to tackle global warming.

Trump also noted that Thunberg “beat me out on Time magazine” – a reference to Time choosing her as Person of the Year 2019. At the time when that decision was announced, Trump called it “ridiculous”, writing in a tweet that “Greta must work on her Anger Management problem, then go to a good old fashioned movie with a friend!”

A prominent climate change skeptic, the US President appeared to take a personal swipe at Thunberg during his speech in Davos on Tuesday. “To embrace the possibilities of tomorrow, we must reject the perennial prophets of doom and their predictions of the apocalypse,” he said.

“They are the errors of yesterday's fortune tellers, and we have them and I have them. And they want to see us do badly, but we don't let that happen.” Greta Thunberg was in the audience.

However, Donald Trump vowed his country would join the international project to plant 1 trillion trees to reduce carbon emissions. “We're committed to conserving the majesty of God's creation and the natural beauty of our world", he added.

Trump briefly crossed paths with Thunberg at the UN climate action summit in New York in September, where she gave him the famous scowling stare-down.

At the time, Trump referred to the girl as “a very happy young girl looking forward to a bright and wonderful future”, in a seemingly sarcastic rebuke over her furious speech to world leaders.