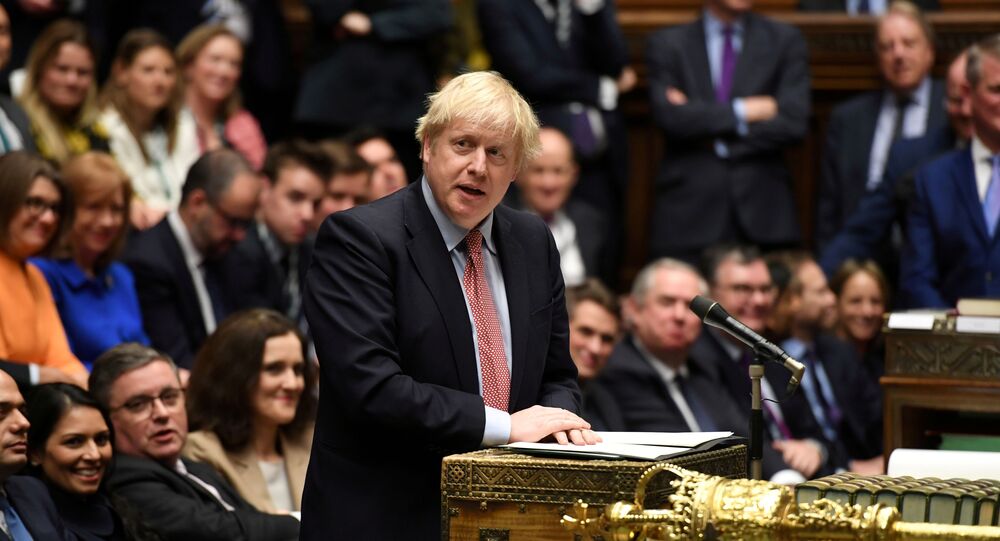 In the latest attempt to restore stability and peace to civil-war torn Libya, on 19 January, Berlin hosted talks between its two rival administrations and international actors to find solutions to the longstanding conflict in the oil-rich North African country.

UK Prime Minister Boris Johnson has said that British troops could be dispatched on a peace-keeping mission to civil-war torn Libya if a proposed ceasefire holds there.

While the final document agreed upon at the Berlin conference on Libya on Sunday makes no mention of a peace monitoring force, it does refer to technical committees for monitoring the ceasefire.

When asked whether there could be a role for UK forces in Libya, Johnson responded:

“If there is a ceasefire, yes of course, there’s a case for us doing what we do very well, sending people, experts, to monitor the ceasefire. I don’t see any ceasefire at all at the moment. That’s what we are arguing for today.”

In such an event, Downing Street officials insisted the experts would be from the UK's Foreign Office, and the number of UK troops would be low, reported The Sun.

The PM mentioned the possibility while attending an emergency one-day summit in Berlin seeking to establish an enduring ceasefire in Libya between the two main warring parties, the UN-backed Government of National Accord (GNA) led by Fayez al-Sarraj, and the Libyan National Army (LNA) led by commander Khalifa Haftar.

© REUTERS / MURAT CETINMUHURDAR/PPO
A family photo during the Libya summit in Berlin, Germany

Representatives of the UN, US, Russia, Turkey, France, Germany, Egypt, and other countries met in Berlin on 19 January with the aim of finding solutions to the longstanding conflict in the North African country.

German Chancellor Angela Merkel stated that the participants of the Berlin conference had agreed on a comprehensive settlement plan for Libya, and appreciated the need for an arms embargo to be respected.

In a joint statement, participants in Sunday's conference called for the demobilisation of all Libyan armed groups, an end to the movement of military equipment and troops across the country, starting from the beginning of the ceasefire process, as they urged all external actors to refrain from interfering in Libya's domestic affairs.

Berlin conference participants urged the UN to facilitate ceasefire talks between the country's warring sides, and called on the United Nations Security Council to impose sanctions against ceasefire violators.

The draft communique of the conference calls on all parties to recognise Libyan state oil firm NOC as the sole entity authorised to sell the country’s crude, and urges them to refrain from hostilities against oil production facilities, Reuters news agency reported.

© AP Photo / Mohammed Ben Khalifa
Black smoke billows over the skyline as a fire at the oil depot for the airport rages out of control after being struck in the crossfire of warring militias battling for control of the airfield, in Tripoli,

The statement followed reports of protesters having allegedly entered and blockaded the Zueitina oil port in eastern Libya, as some tribal leaders and public figures close to LNA leader Khalifa Haftar called on Thursday for a blockade of the country’s oil terminals to protest the intervention of Turkish troops to shore up support for the UN-backed Government of National of Accord (GNA).

The Berlin event took place almost a week after the intra-Libyan talks hosted by Moscow detailed the commitment of participants to a ceasefire between the warring sides.

The fact that the Libyan rival's representatives were present at talks in Berlin was due to Russia's effort, Russia’s acting Foreign Minister Sergey Lavrov has said.

Libya is currently in the midst of a raging civil war between two rival administrations since former leader Muammar Gaddafi was killed by US- and EU-supported Islamic extremists in 2011: the internationally recognised GNA and the LNA-supported elected parliament in the eastern city of Tobruk, with the situation escalating over the past few weeks amid an LNA offensive on Tripoli.

© REUTERS / Ismail Zetouni
A destroyed and burnt tank that belonged to the eastern forces led by Khalifa Haftar, is seen in Gharyan south of Tripoli

For the past nine months, Haftar’s LNA have laid siege to the GNA in Tripoli in fighting that has left hundreds of civilians and thousands of fighters dead and displaced thousands of people. Haftar’s advance, however, has been stalled on the outskirts of the capital for months.

Different Libya peace conferences over the past two years in Paris, Rome, Moscow and Abu Dhabi have not produced enduring solutions to the conflict.