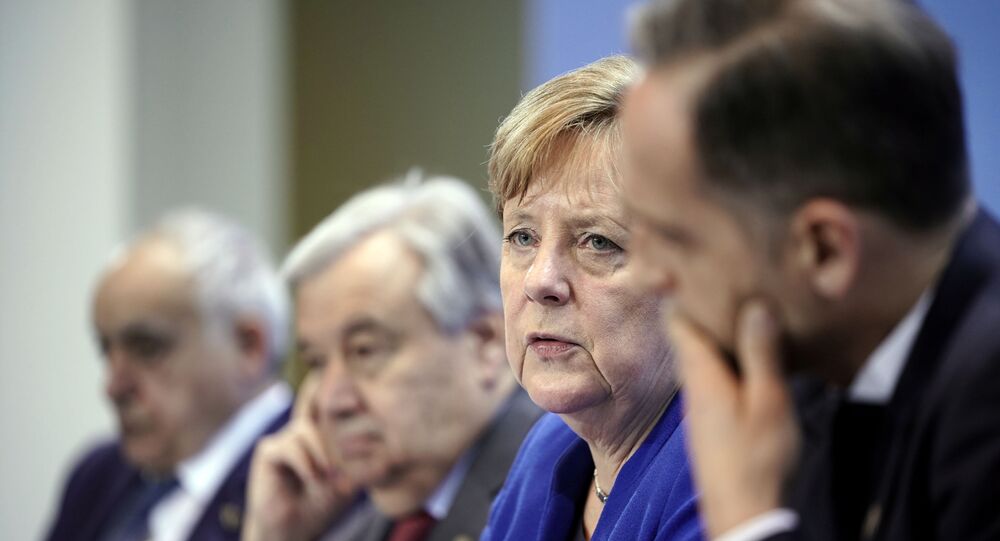 On 19 January, Berlin hosted talks between the two rival Libyan administrations and international actors to find solutions to the longstanding conflict in the North African country.

German Chancellor Angela Merkel has stated that the participants of the Berlin conference agreed on a comprehensive settlement plan for Libya. She continued on by saying that the countries agreed that an arms embargo must be respected.

"We had very intense consultations here in Berlin. And we managed to make a contribution, give a new impetus to the political process in Libya, to bring peace to the country and the Libyan people. I believe that the conference in Berlin supported the UN-sponsored peace process", Merkel told journalists at the press conference, following the talks.

According to the chancellor, the representatives of the Libyan conflict agreed to form a five-by-five military commission and name the participants. The document on Libya is to be approved by the UN Security Council and become part of the political settlement process, she also said.

UN Secretary-General Guterres, in turn, has stated that the military committee on the Libyan crisis will meet in Geneva in the next few days.

He further elaborated that the UN is concerned by the closure of oil ports in Libya.

On 19 January, representatives from a number of countries and organisations, including Russia, the United States, Turkey, Egypt, the European Union, and the United Nations met in Berlin to find solutions to the conflict in the North African country.

Both the Libyan National Army’s (LNA) commander, Field Marshal Khalifa Haftar, and Fayez Sarraj, the head of the rival Government of National Accord (GNA), were not included in the main list of participants of the Berlin conference on Libya, but their presence is mentioned in a German government press release.

© AFP 2020 / ADEM ALTAN
Erdogan Calls Libya Peace Conference Important Step, Also Intends to Discuss Syria’s Idlib
The Berlin conference follows the intra-Libyan talks in Moscow, which had the participation of representatives of Russia and Turkey. Haftar left Moscow without signing a ceasefire agreement with Sarraj's government, whose delegation signed the agreement and then headed to Istanbul.

Libya is currently in the midst of a civil war between two rival administrations: the internationally recognised GNA and the LNA-supported elected parliament in the east. Over the past several weeks, the situation has escalated amid an LNA offensive on Tripoli.