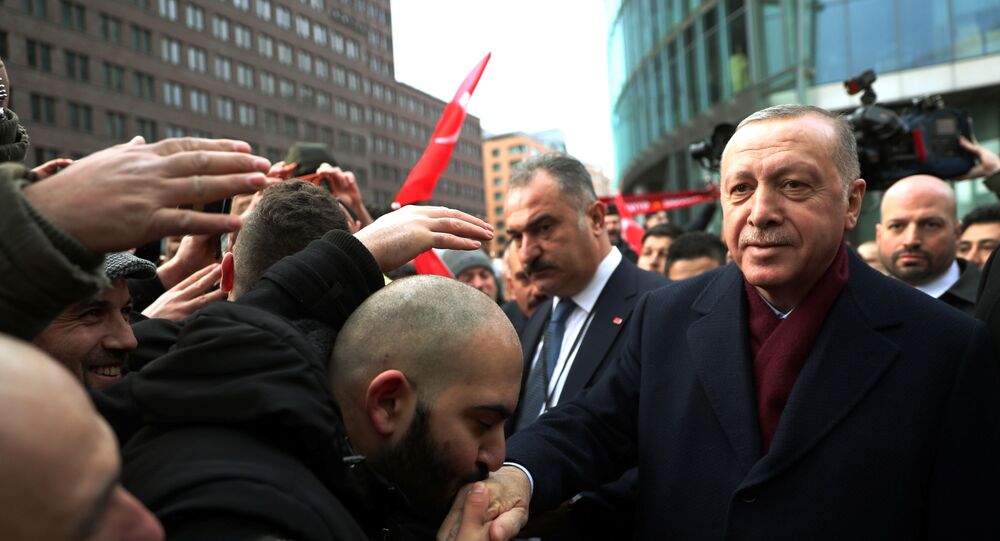 The peace conference hosted by Germany kicked off in Berlin on 19 January, with the UN, Russia, Turkey, France, the US, Egypt, and the Republic of the Congo hoping to find a way to reconcile the warring parties in Libya – the Libyan National Army (LNA) and the Government of National Accord (GNA).

"The conference continues. Turkey is represented by the minister of foreign affairs, [Mevlut] Cavusoglu", another anonymous source said.

The German news outlet further reported that the Turkish delegation played a "constructive" role during the talks.

Another anonymous source close to the Turkish president shared that Erdogan didn't leave the peace talks prematurely, but just chose not to stay for the dinner that followed them. 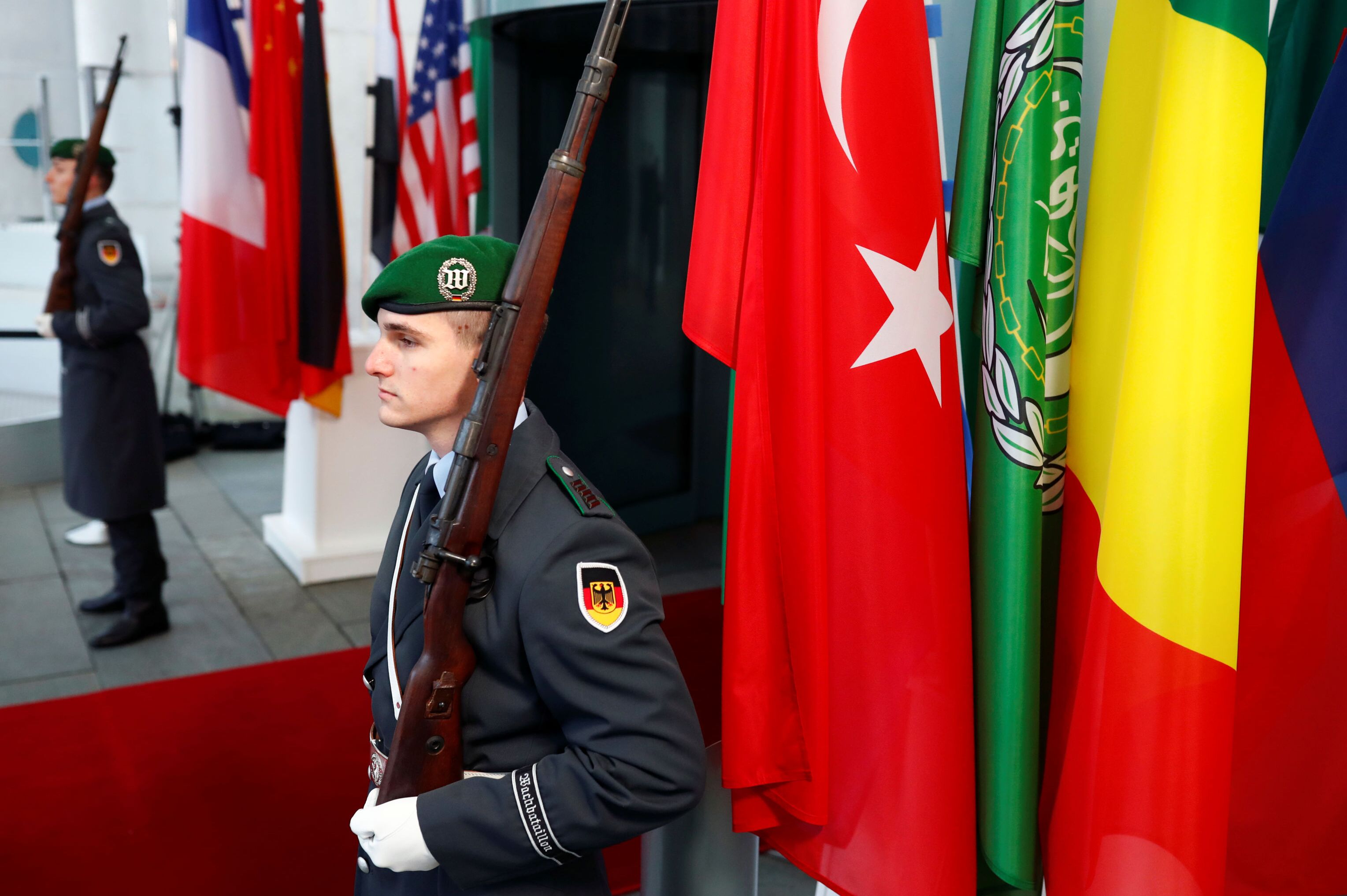 Representatives of the UN, US, Russia, Turkey, France, Germany, Egypt, and other countries met in Berlin on 19 January, with the two main warring Libyan parties, the UN-backed Government of National Accord (GNA) led by Fayez al-Sarraj and the Libyan National Army (LNA) led by commander Khalifa Haftar.

The LNA, which controls the country's east, has been carrying out an offensive in an effort to seize control of the GNA-held capital Tripoli since April 2019, but without success. The LNA's attacks recently resumed after the sides failed to reach a ceasefire agreement in Moscow on 13 January.

In the wake of this development, Turkish President Erdogan announced that his country would be deploying troops to support the GNA under the provisions of an earlier signed accord on military cooperation between the two.