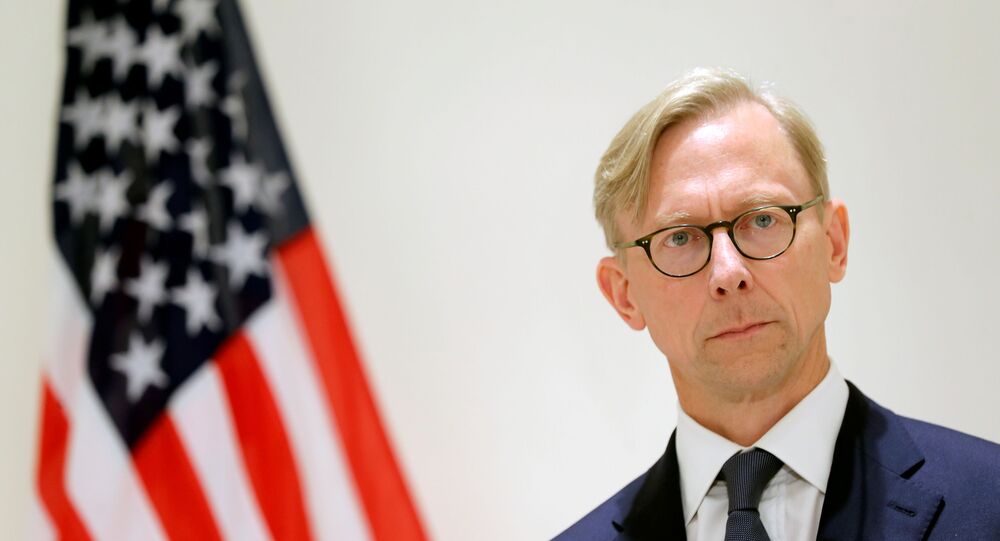 Hundreds of students gathered in Tehran on 11 January to honour those killed in the Ukraine International Airlines plane crash in Iran. The gathering, which was not approved by the Iranian authorities, resulted in a rally demanding the resignation and prosecution of those responsible for the downing of the airplane.

The US Department of State has imposed sanctions on an Islamic Revolutionary Guards Corps (IRGC) general, according to US Special Representative Brian Hook. The sanctions were imposed over a "crackdown" on protests, Hook said.

The statement comes after Khamenei announced that the day Tehran struck US bases in Iraq in response to the killing of the country's top military commander Qasem Soleimani was "a day of God", adding that the killing of the general was a "disgrace" to the American administration. He also said that the attack showed the "terrorist nature" of Washington.

Earlier in January, Khamenei reportedly assembled an emergency meeting of Iran's Supreme Council for National Security immediately after he was informed about the catastrophic mistake of the country's air defence forces, which mistakenly shot down a passenger plane.

© REUTERS / Social Media
Government Supporters Gather in Tehran After Friday Prayers - Video
Khamenei has confirmed that the cause of the incident and the findings of an investigation into it will be released in a transparent and honest manner once the meeting is over, according to media reports.

The Ukraine International Airlines-operated passenger plane crashed on 8 January near Tehran’s Imam Khomeini International Airport, killing all 176 people on board. Later, the Iranian military admitted to unintentionally shooting down the aircraft while being on alert after attacking Iraqi military bases that host US servicemen.